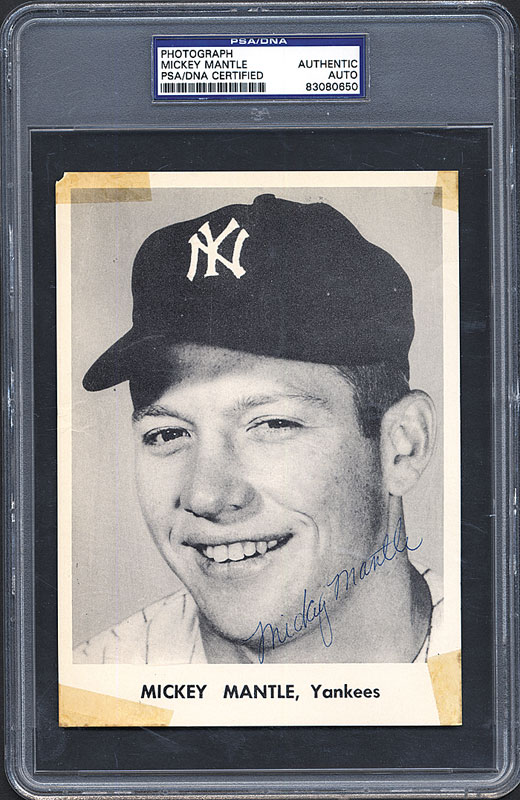 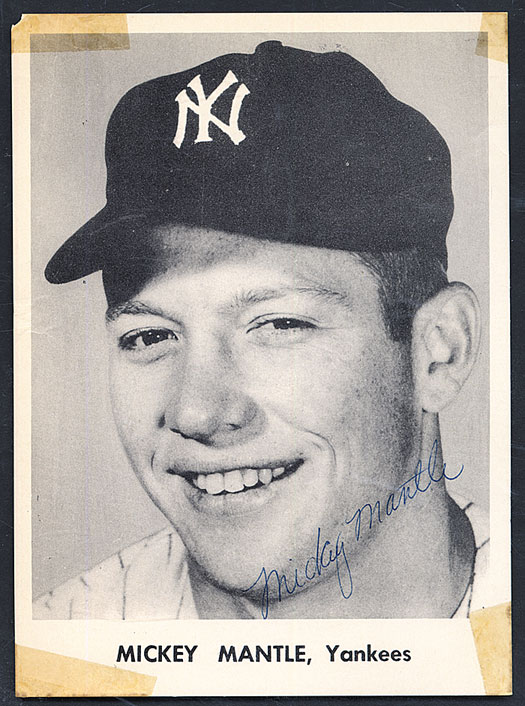 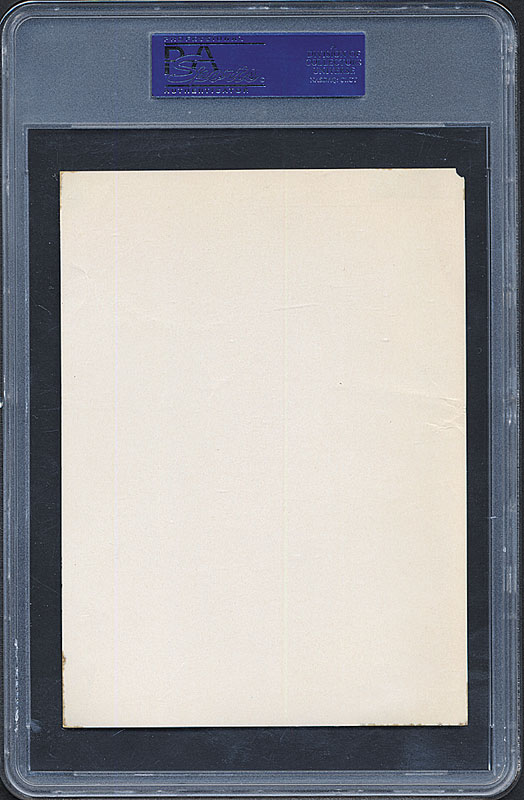 Circa 1953 New York Yankees promotional photo of Mickey Mantle, signed by Mantle on the front. Mantle's signature has been flawlessly scripted in blue ink, grading "10." Encapsulated by PSA/DNA, with the autograph labeled "Authentic." The photo, which features a close-up portrait image of Mantle in uniform, is lettered "Mickey Mantle, Yankees," in black along the bottom white border. We are not sure exactly how this item was distributed, but photos such as this were often issued by the respective major league clubs in response to the numerous photo requests made by fans. Although thousands upon thousands of these Mantle photos were probably distributed during the early to mid-1950s, they were not normally signed by Mantle, making this an exceptional rarity. Advanced collectors have always placed a special premium on vintage Mantle signatures dating from his active playing career, as opposed to the myriad blue Sharpie signature examples that became the norm during the 1980s and 1990s signing-show boom. As such, the offered piece merits special consideration by any serious Mantle, Yankees, or Hall of Fame autograph collector. The photo (5 x 7 inches) displays a tiny chip in the upper left corner, and a small area of tape residue on each front corner. A few light creases are also evident throughout. In Very Good condition. LOA from James Spence/JSA. Reserve $200. Estimate $500+. SOLD FOR $948