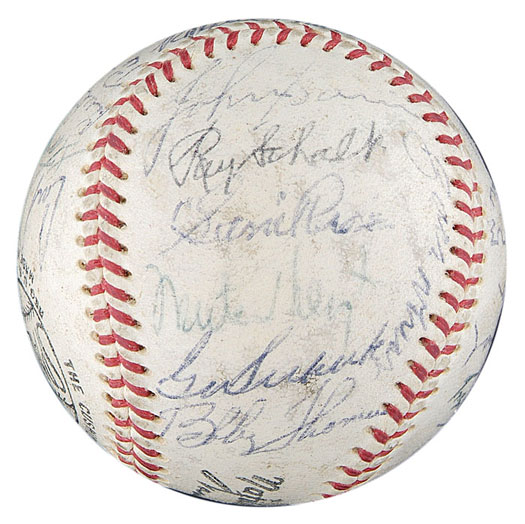 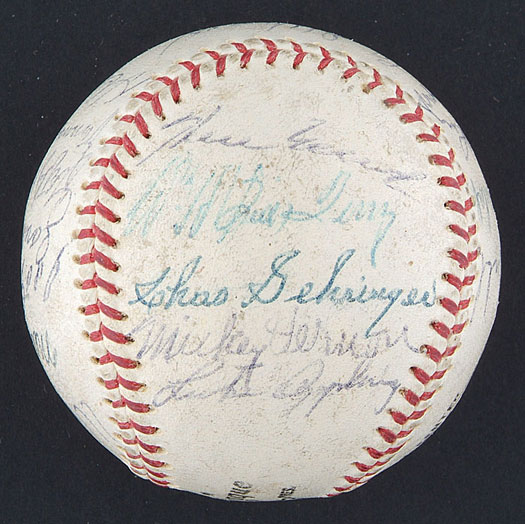 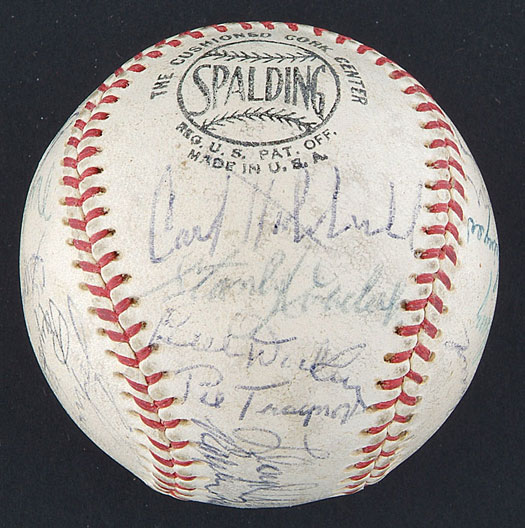 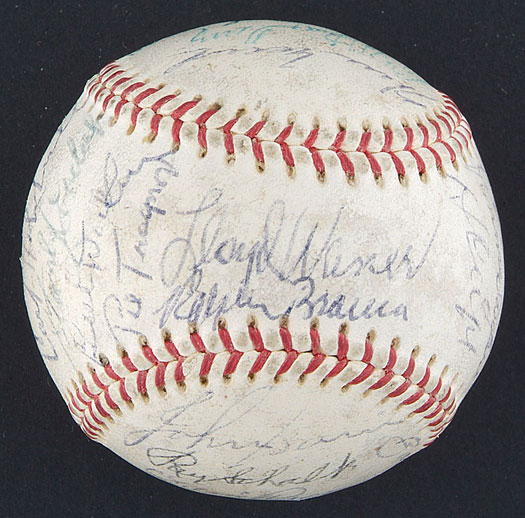 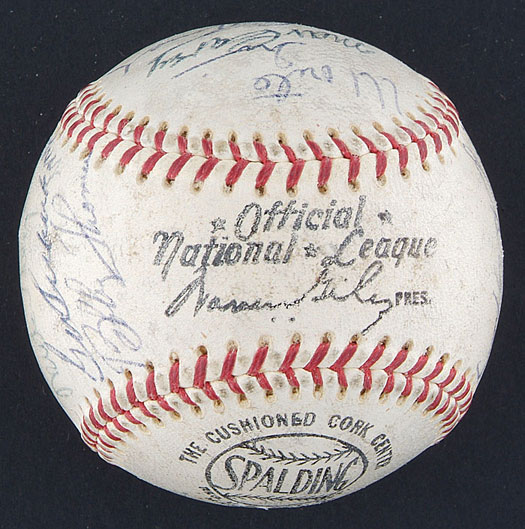 Circa 1960 Multi-Signed Baseball with Seventeen Hall of Famers!

Official National League (Giles) ball signed in a variety of inks by twenty-four former standout players, including seventeen Hall of Famers. The signatures appearing on this ball are those of Ray Schalk, Sam Rice, Waite Hoyt, Zack Wheat (twice), Luke Appling, Charlie Gehringer, Bill Terry, Heinie Manush, Monte Irvin, Max Carey, Edd Roush, Lefty Grove, Lloyd Waner (sweet spot), Pie Traynor, Bill Dickey, Stan Coveleski, Carl Hubbell, Ralph Branca (sweet spot), Bobby Thomson, Harry Craft, Jimmie Dykes, Mickey Vernon, George Selkirk, and Johnny Sain. Signatures range from "4" to "8," averaging "6/7." One can only guess when and where this ball was signed, but the fact that Giles was National League president from 1952 through 1969 helps to date it somewhat. Given the large number of Hall of Famers represented here (all of whom are now deceased with the exception of Irvin) it would not be surprising to learn that the ball was obtained at a Hall of Fame induction ceremony. Regardless of the precise circumstances of its signing, this is an exceptional multi-signed ball featuring a unique combination of notable ballplayers. The ball displays light soiling and all of the ball stampings remain bold and legible. In Excellent condition overall. LOA from James Spence/JSA. Reserve $400. Estimate $800/$1,200. SOLD FOR $593