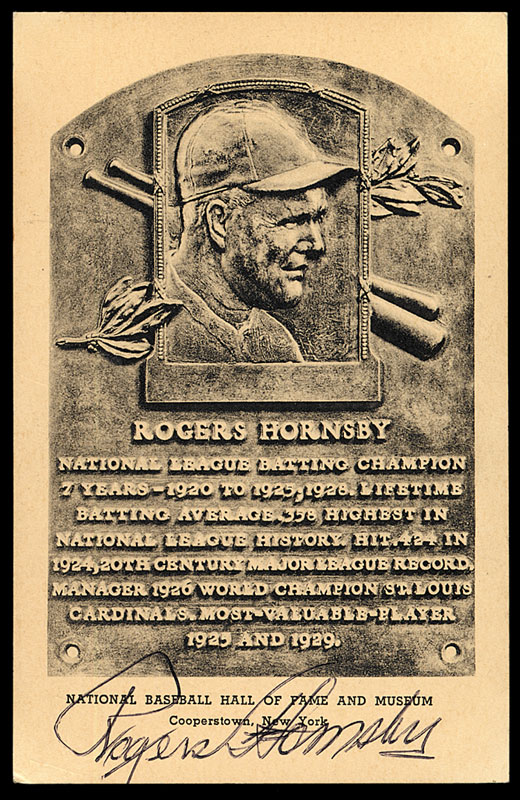 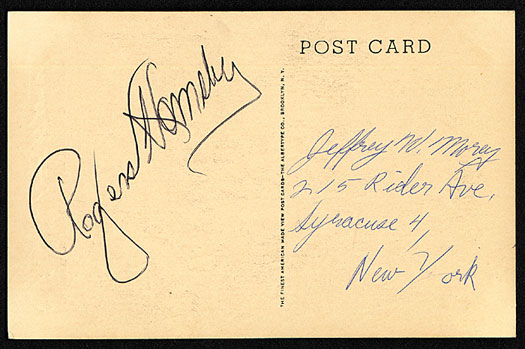 Black-and-white Hall of Fame plaque postcard (Albertype), signed by Rogers Hornsby in black ink on both the front and reverse. Both signatures have been boldly penned and grade "10." Rogers Hornsby black-and-white Hall of Fame postcards are particularly rare and highly prized. This is an exceptional example, all the more so as it is signed twice (front and back). Hornsby passed away in 1963, which was also the last year in which the Hall of Fame issued black-and-white plaque postcards. The reverse bears a name (most likely the original recipient) and address scripted in blue ink, but the postcard has not been mailed. The card displays very minor corner wear in the lower left and is in Excellent to Mint condition. LOA from James Spence/JSA. Reserve $300. Estimate $1,000+. SOLD FOR $1,067