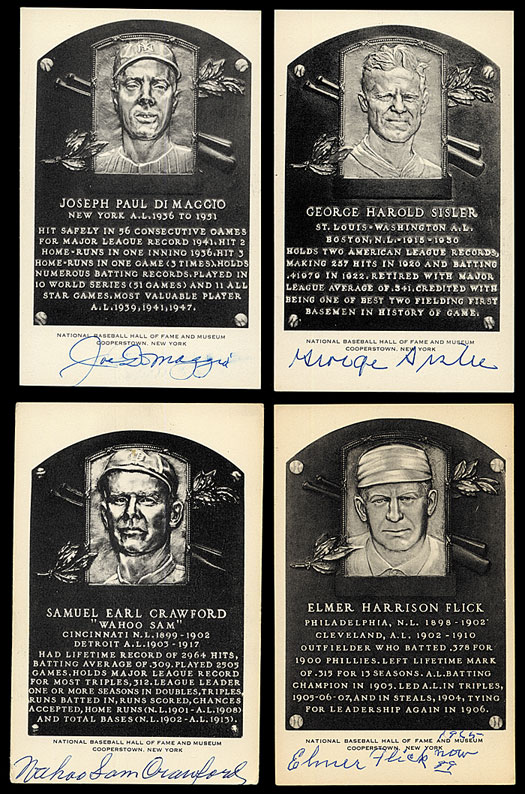 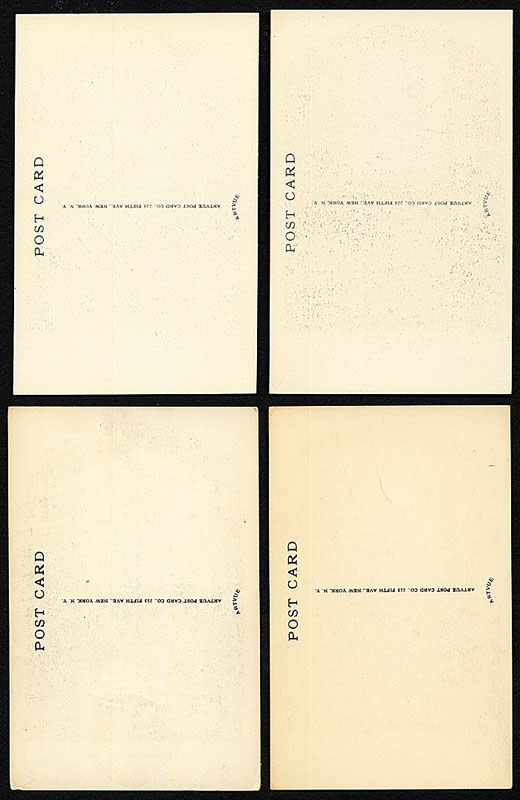 This collection of four signed black-and-white Hall of Fame plaque postcards is highlighted by the inclusion of Elmer Flick, which is a particularly scarce black-and-white Hall of Fame postcard. Flick was elected to the Hall of Fame in 1963, which was also the final year in which the Hall issued black-and-white plaque postcards. Flick was eighty-seven years old when he was elected to the Hall of Fame and he passed away in 1971. The combination of the one-year-only distribution of his black-and-white postcard, coupled with the small window (and opportunity during this window) collectors had to obtain his signature, is responsible for the rarity of signed examples today. The offered Flick card (Artvue) has been signed and dated in blue ink (grading "10") along the base of the front, with Flick having added "1965 - Now 89" next to his name. Ex-Mt, with extremely minor corner wear. The remaining three signed cards in this group (all Artvue), which are all signed in blue ink along the base on the front, are those of Sam Crawford (signed "Wahoo Sam Crawford," "10"), George Sisler ("10"), and Joe DiMaggio ("8," moderate brushing). Both the Sisler and DiMaggio cards are in Near Mint condition, while the Crawford card displays light wear to all four corners and is in Excellent condition. Total: 4 cards. LOA from James Spence/JSA. Reserve $400. Estimate $1,000+. SOLD FOR $830