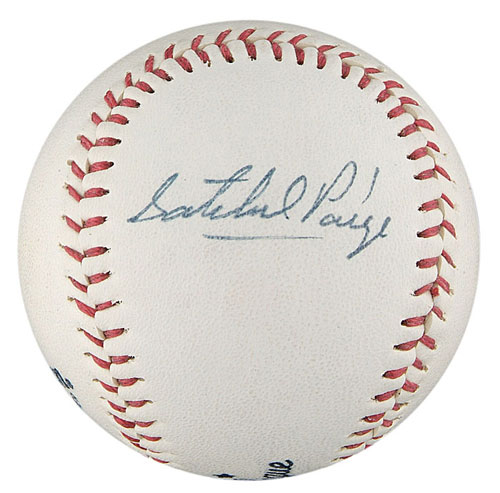 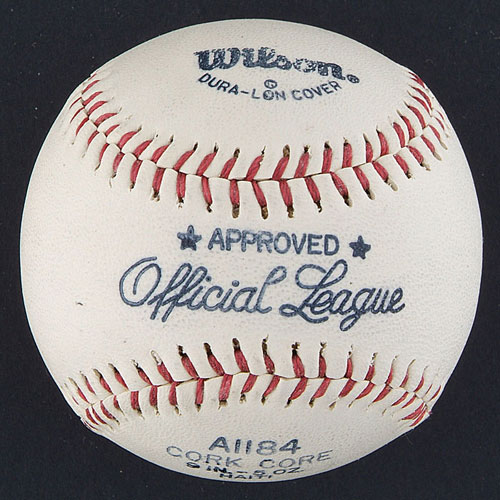 Wilson "Official League" baseball signed by legendary Hall of Fame pitcher Satchel Paige. The signature has been beautifully scripted in blue ink on a side panel, grading "9." The legend of Satchel Paige, both as a player and as a folk hero, transcends the game of baseball, making a high-quality single-signed baseball such as this extremely desirable to many types of collectors. Paige was the first Negro League player to be inducted into the Baseball Hall of Fame, in 1971. He passed away in 1982. Near Mint to Mint condition. Paige singles have always been in high demand, with high-grade examples such as this the exception rather than the rule. LOA from James Spence/JSA. Reserve $300. Estimate $500/$1,000+. SOLD FOR $2,666