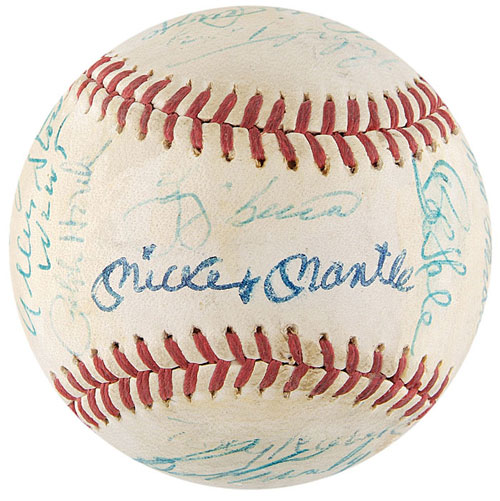 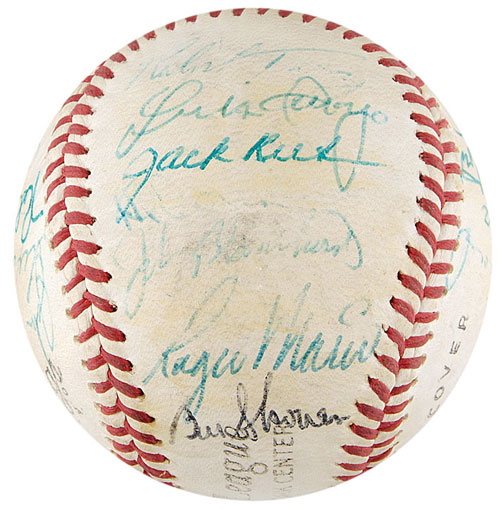 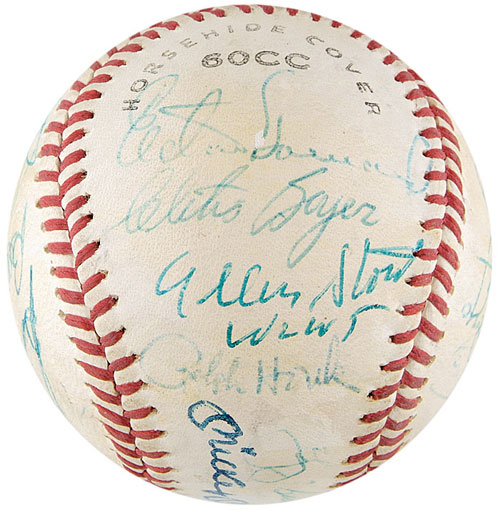 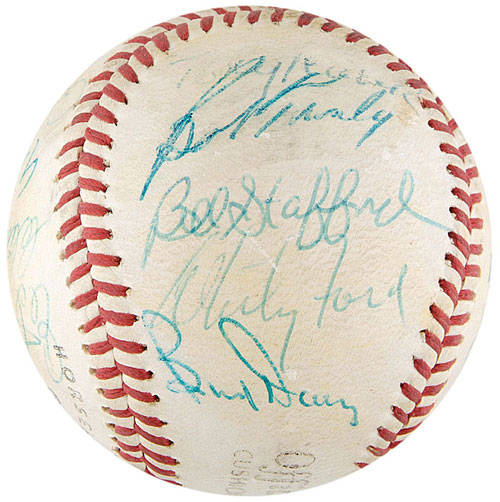 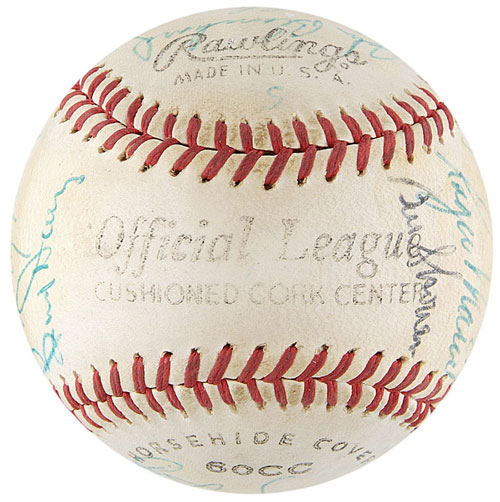 Rawlings "Official League" ball signed in blue ink by the following twenty-two members of the 1961 World Champion New York Yankees: Mantle (sweet spot), Berra (sweet spot), Maris, Ford, Howard, Boyer, Houk (Mgr.) Blanchard (twice), Clevenger, Sheldon, Lopez, Gardner, Hale, Kubek, Turley, Stafford, Daley, Terry, Arroyo, Reed, Skowron, and one other (illegible). Signatures range from "5" to "9," averaging "7," with the exception of Kubek ("2"). 1961 Yankees balls are among the most desirable of all team-signed balls due to the historic nature of the season. The club not only amassed a then-record 240 home runs, but also won 109 games, which was the third-highest win total in American League history at the time. Despite those two lofty achievements, both paled in comparison to the daily drama presented by the famed "M&M Boys," Mantle and Maris. The two Yankee sluggers waged a classic season-long home-run duel that recalled the epic battle between Ruth and Gehrig in 1927. Just as in 1927, the contest ended with a home-run record being broken, as Maris bested Ruth's single-season mark in the final game of the year. The postseason was equally unkind to Ruth, as Whitey Ford broke the Babe's streak of consecutive scoreless innings in World Series play, thus leading the Yankees to an easy five-game victory over the Reds and cementing their place as one of the greatest ball clubs of all time. The ball has been coated with a light, uneven, layer of protective shellac and is in Excellent condition overall. LOA from James Spence/JSA. Reserve $500. Estimate $1,000/$1,500. SOLD FOR $1,896