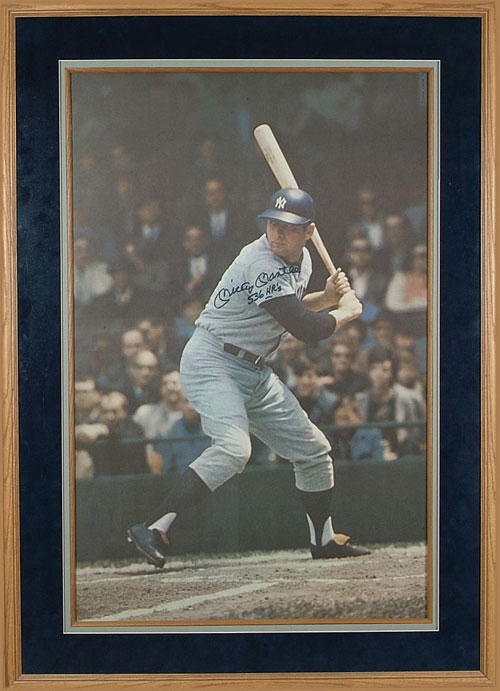 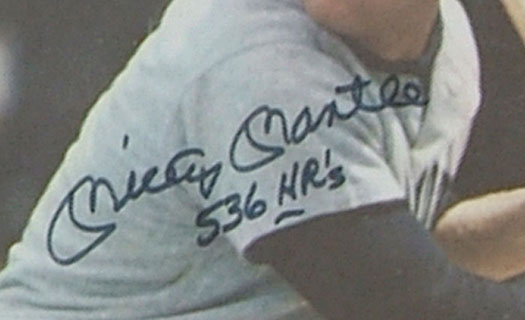 This 24 x 36-inch full-color poster of Mickey Mantle, issued by Sports Illustrated in 1968, captures Mantle at bat during his final season. It has been flawlessly signed by Mantle in blue Sharpie (grading "10"), with Mantle also adding his career home-run total ("536 HR's") directly below his signature. This is one of a series of baseball posters issued by Sports Illustrated in 1968. The posters were originally available by mail for $1.50 as part of a promotion. Not surprisingly, Mantle is the most desirable poster from the series today. Examples of this poster are scarce, with signed examples rarer still. The offered poster is in outstanding Near Mint condition and has been beautifully matted and framed to total dimensions of 32.5 x 45 inches. LOA from James Spence/JSA. Reserve $300. Estimate $500/$1,000. SOLD FOR $1,422