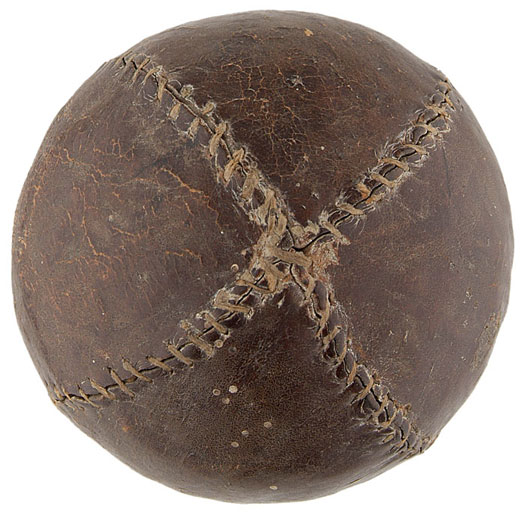 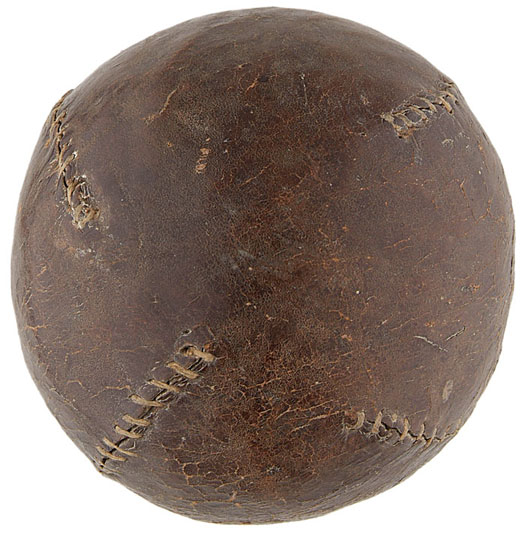 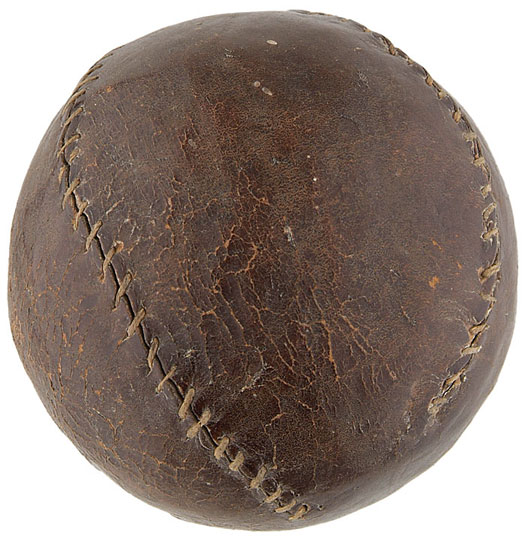 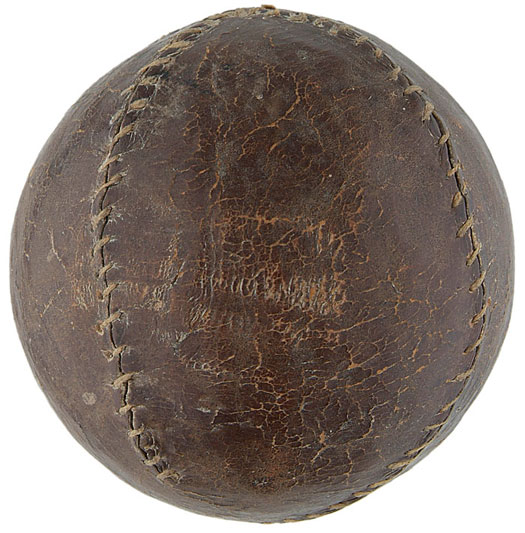 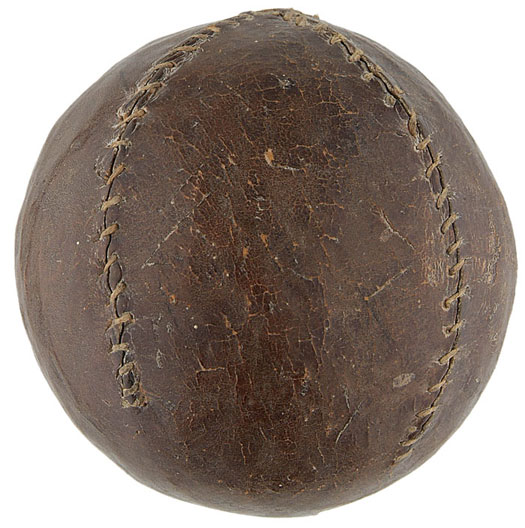 High-grade example of a classic lemon-peel ball dating from the early 1850s/1860s. The small, brown sphere is a traditional lemon-peel ball in that it is constructed from a single piece of leather that has been cut and pieced together, with all four seams joining at the top. The ball weighs two ounces and measures approximately eight inches in circumference. Both the size and the weight of the ball are consistent with those used in the New England game. On May 13, 1858, the Massachusetts Association of Base Ball Players established their playing rules at a convention in Dedham, Massachusetts. As recorded in The Base Ball Playerâ€™s Pocket Companion (1858), pp. 20-22, Rule No. 1 reads: The Ball must weigh not less than two, nor more than two and three-quarters ounces, avoirdupois. It must measure not less than six and a half, nor more than eight and a half inches in circumference, and must be covered with leather . This example is remarkable with regard to its extraordinary state of preservation. While the leather cover displays moderate wear and minor crazing, it is free of any tears or major abrasions commonly found on such balls. The stitching remains tight and is free of any tears as well. In Excellent condition overall and one of the finest examples of this particular style that we have ever seen or offered. Reserve $400. Estimate $800/$1,200. SOLD FOR $3,259