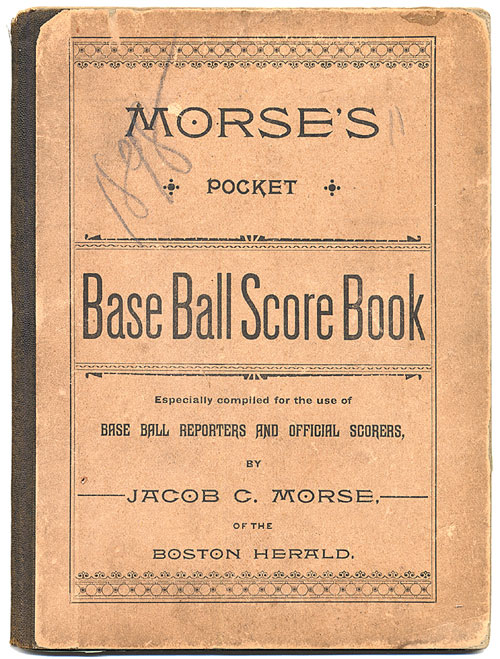 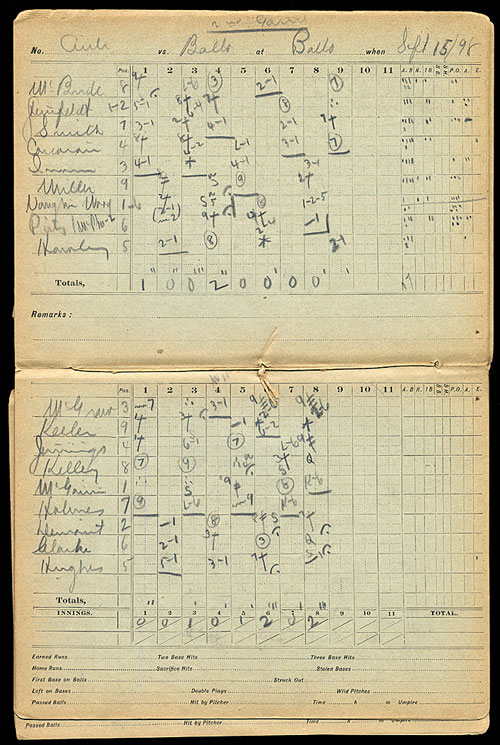 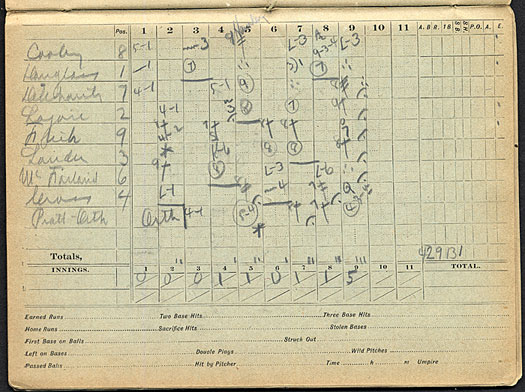 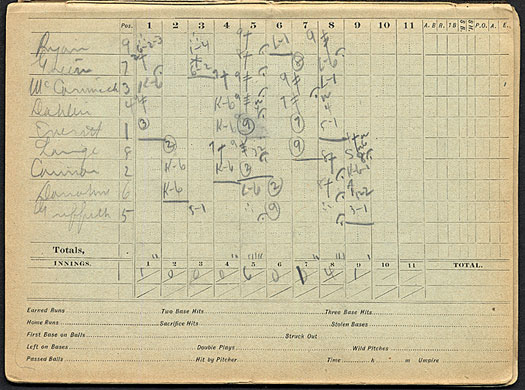 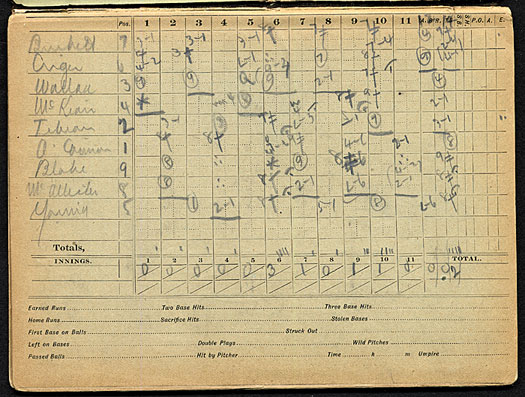 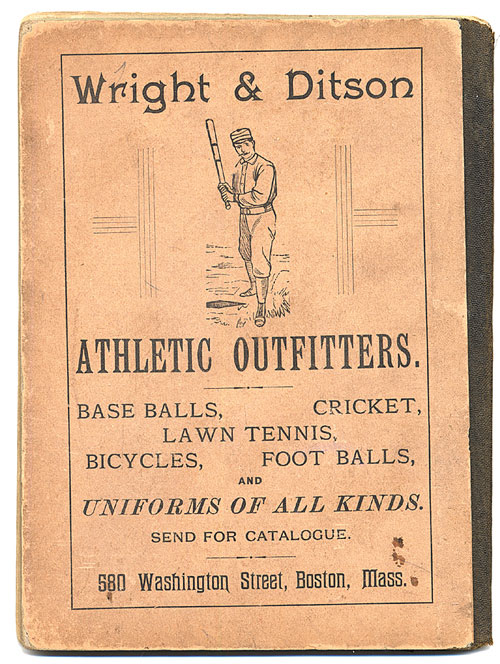 This extraordinary nineteenth-century baseball scorebook records seventeen games played by the Cincinnati Reds in September 1898. Beginning with a September 5th game against the Cleveland Spiders, and ending with a September 23rd game against the Washington Senators, the book records every game for the Reds during that span with the exception of the September 6th game against Chicago. The highlight is four games against the defending champion Baltimore Orioles, which feature a star-studded lineup of five future Hall of Fame players. All of the games are recorded within the pages of Morseâ€™s Pocket Base Ball Score Book , which as it notes on the cover, was â€œEspecially compiled for the use of Base Ball Reporters and Official Scorers, by Jacob C. Morse of the Boston Herald.â€ Morse, in addition to being a respected sportswriter for The Boston Herald , was the author of Sphere and Ash , one of the earliest histories of our national pastime, published in 1888. This is a substantial, top-of-the-line scorebook from the era, featuring hard covers and a cloth spine. That, plus the fact that it was created specifically for professional use by scorers and reporters, leads us to believe that this book originates either from a Cincinnati sportswriter or the Cincinnati Reds. Regardless of its precise history, it is the information contained herein that makes it so significant. These pages bear witness to games long since past for which there are currently no records. Yes, we have scores for these games and yearly season totals for the players, but nineteenth-century box scores are hard to come by, with most only accessible through library archives of old newspaper articles. And even then, they are only numbers, failing to provide a complete account of every at bat. This book provides a rare window back in time in which the games now unfold before us, inning by inning, in the universal language originally formulated by Henry Chadwick decades earlier. We can see where players batted in the lineup; we can see the lineups change from game to game in response to the opposing pitcher; and, most important we can see the results of each at bat. That is important, because this book features fifteen future Hall of Fame players within the lineups: McPhee, Young, Burkett, Wallace, Griffith, Wagner, Clarke, McGraw, Keeler, Jennings, Kelley, W. Robinson, Delahanty, Lajoie, and Flick. Recorded here are a four-hit game by Wagner, a Delahanty home run (one of four on the season for him), ten of Willie Keelerâ€™s record 206 singles in 1898, one of Clark Griffithâ€™s twenty-four wins, and a fourteen-inning complete-game victory by Cy Young, one of twenty-five wins recorded by him that season. The only curious aspect regarding the lineups is the absence of Redsâ€™ first baseman Jake Beckley in any of the games recorded here. Beckley appeared in 118 of the clubâ€™s 157 games in 1898. Obviously, most of those missed games occurred late in the season (one can only assume it was due to injury). Bid McPhee appears in each game for the Reds, starting in sixteen of the seventeen games recorded and making an appearance as a substitute in the other. The teams featured in this book, with the number of games for each recorded in parentheses, are as follows: Cleveand (2); Chicago (2); Louisville (2); Baltimore (4); Philadelphia (4); and Washington (3). The book (5.25 x 7 inches) displays normal wear commensurate with the bookâ€™s age and former use, including the year â€œ1898â€ written in pencil on the front. All of the interior pages have separated from the covers; however, they all remain bound together with the exception of eight sheets (the first four and the last four). With out regard to the separation from the covers, the pages remain in Excellent condition overall. This is a remarkable surviving nineteenth-century baseball relic, and one that will keep most historians happily busy for hours as they absorb all of the information contained within its pages. Reserve $300. Estimate (open). SOLD FOR $4,148