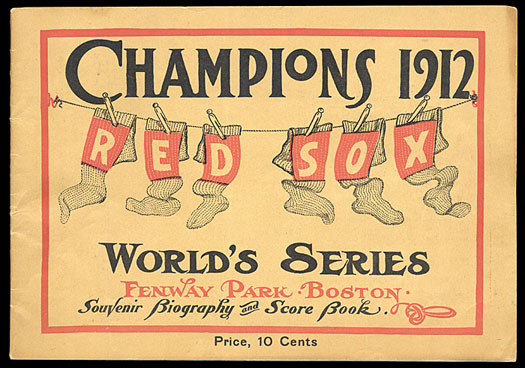 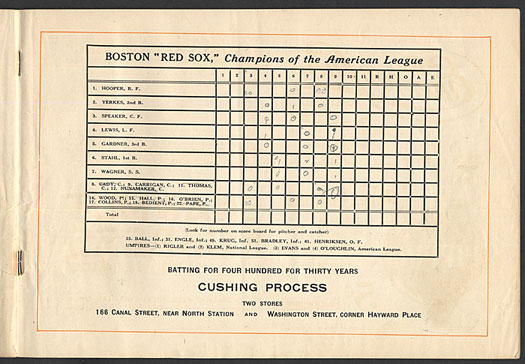 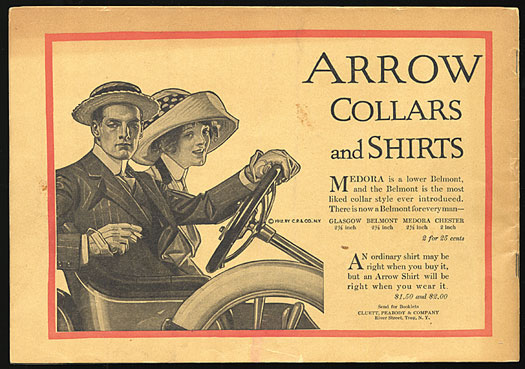 Boston Red Sox program issued for the 1912 World Series against the New York Giants. This program was one of the highlights of a small collection of baseball items (comprised of ten postcards, including an extraordinary 1915 Red Sox team card with Ruth, plus this 1912 World Series program) that have been family keepsakes and were personally saved at the time of issue by a member of our consignor's Boston-area family. The 1912 Boston Red Sox World Series program has always been noted for its substantial design. Featured within its thirty-six pages are individual photos and short biographies of twenty-two Boston team members and front-office executives, including Tris Speaker, Harry Hooper, Joe Wood, player/manager Jake Stahl, Duffy Lewis, Bill Carrigan, and Hugh Bedient. The preprinted lineups include Mathewson, Doyle, Snodgrass, and Merkle for New York (Marquard is noted as the starting pitcher), and Hooper, Yerkes, Speaker, Lewis, and Wood for Boston (O'Brien is noted as the starting pitcher). The program has been neatly scored in pencil and records New York's 2-1 victory in Game 3 held at Fenway Park on October 10. Boston eventually defeated New York in eight games (one game ended in a tie) in what is still regarded as one of the most exciting World Series ever played. Boston's victory marked the first of four World Championships for the club during the seven-year span 1912 through 1918, including consecutive World Titles in 1915 and 1916. The program (10 x 7 inches) displays a light vertical fold and a few areas of light toning to both the front and back covers. The back cover also has a small tiny edge tear at the base and two small areas of light adhesive residue that have hardened with age. The program has three staples (one at the top portion of the spine, and an adjacent pair at the bottom portion of the spine), presumably as issued, and a small tear to the interior Red Sox scoring page. In Very Good to Excellent condition overall. Reserve $500. Estimate $1,000+. SOLD FOR $1,185