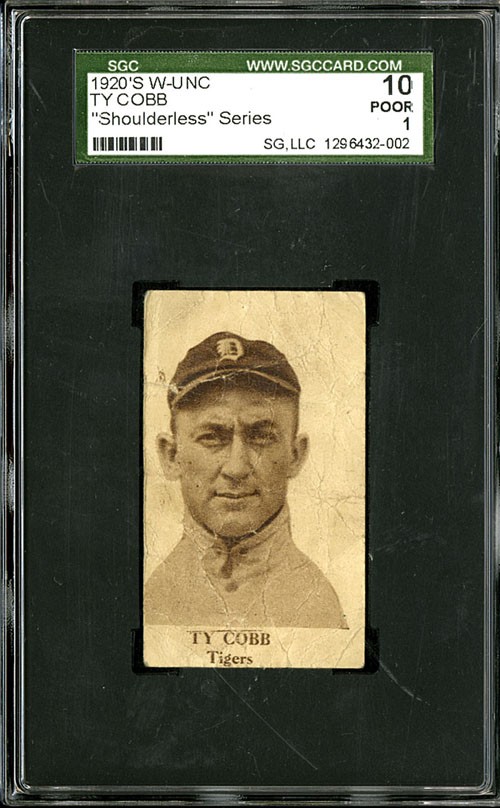 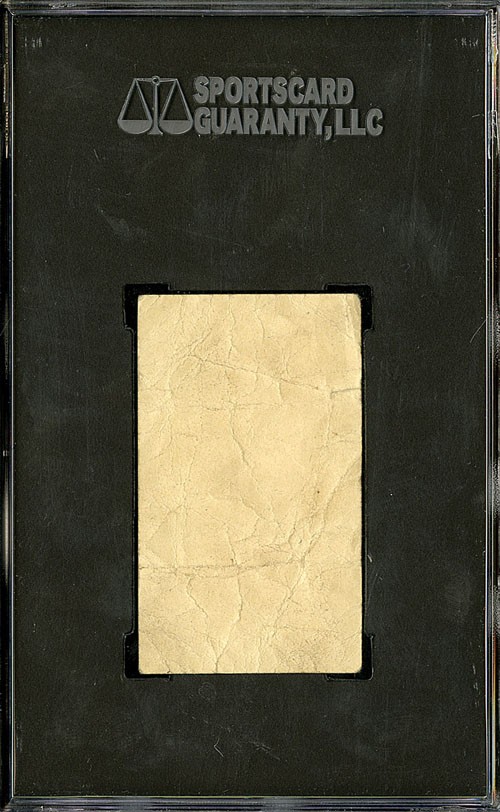 Presented is an incredible, newly discovered card of Detroit Tigers Hall of Famer Ty Cobb from the 1920s W-UNC "Shoulderless" series. The Cobb card is not only fresh to the hobby but is also an entirely new addition to the set checklist, which until this recent discovery (which also included a Speaker, offered separately in this auction) stood at eight subjects, each of which had only one confirmed example. The discovery of new players from a new source lends credence to the fact that this was a formal card set, perhaps regionally issued (which may contribute to their rarity and obscurity). Termed "Shoulderless" by catalogers looking to designate the set in some special way, the sepia-toned set gets its name from the close cropping of the image that, on each card, obscures part or all of the subject's shoulders. One of the few resources for information on the set at this time, the OldCardboard.com website (http://tinyurl.com/llwrtas), presents the checklist and sample image, and notes that the issuer of these cards is currently unknown but may be a candy or ice-cream manufacturer. Each card measures approximately 1-1/2 x 2-5/8 inches with slight size variations suggesting a hand-cut nature. Cobb is pictured in a bust-length pose with his image cropped at the shoulders, as is the style of the set. The card features a striking, crisp photo of Cobb with flawless registration. Extensive creasing, a common flaw on thin-stock issues, is present. The blank reverse is entirely clean though the creasing is visible on back. The card still presents very well and is encapsulated and graded POOR 10 by SGC. Despite the obvious condition flaws, this is a tremendous rarity, with significance to collectors as a rare sample card, a newly discovered Ty Cobb card, and a very significant key card checklist addition to the "Shoulderless" series. Reserve $1,000. Estimate (open). SOLD FOR $2,252