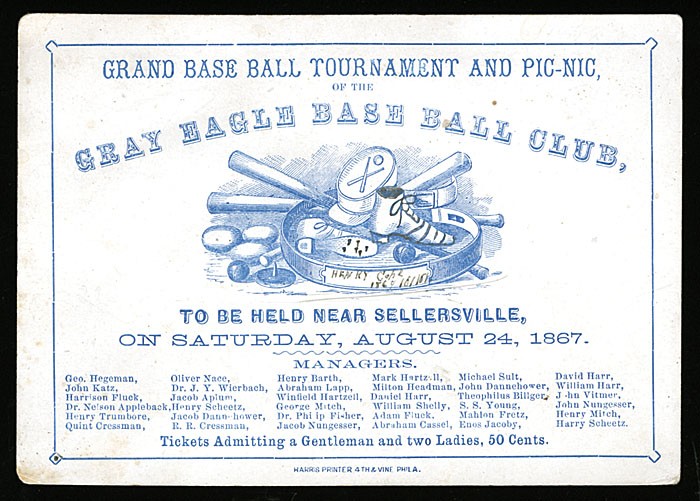 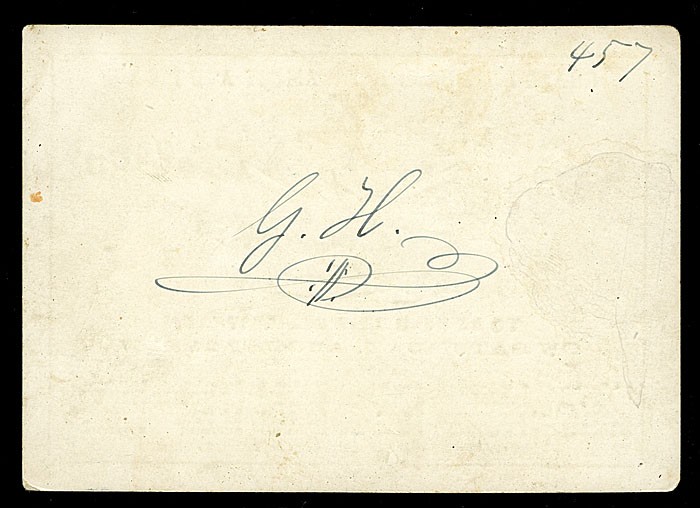 Rare advertising card promoting the "Grand Base Ball Tournament and Pic-Nic of the Gray Eagle Base Ball Club" on August 24, 1867. The center of the card features an engraving depicting various baseball equipment of the times, including a belt, bats, balls, hat, and cleats, while the bottom portion lists the names of thirty-six managers. The text along the base makes note of the ticket price: "Tickets Admitting a Gentleman and two Ladies, 50 Cents." The name of the printer, "Harris Printer 4th & Vine Phila.," appears in the lower border. There have been a few ink enhancements to the center illustration, including an ink notation written on the front piece of the belt that reads "Henry Cohr/1867 161161." The black fountain pen initials "G. H." and the number "457" appear on the reverse. This card, which dates just prior to the rise of professionalism in baseball, is the only example we have ever seen, and it is a remarkably high quality and interesting souvenir dating from the earliest days of our national pastime. The card (4.75 x 3.25 inches) displays light corner wear, as well as the aforementioned ink enhancements to the illustration and a few tiny age spots. In Excellent condition overall. Reserve $200. Estimate (open). SOLD FOR $830