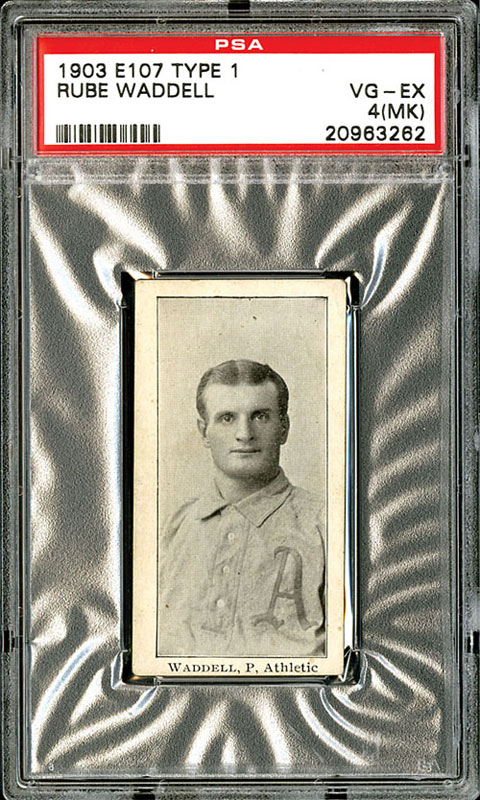 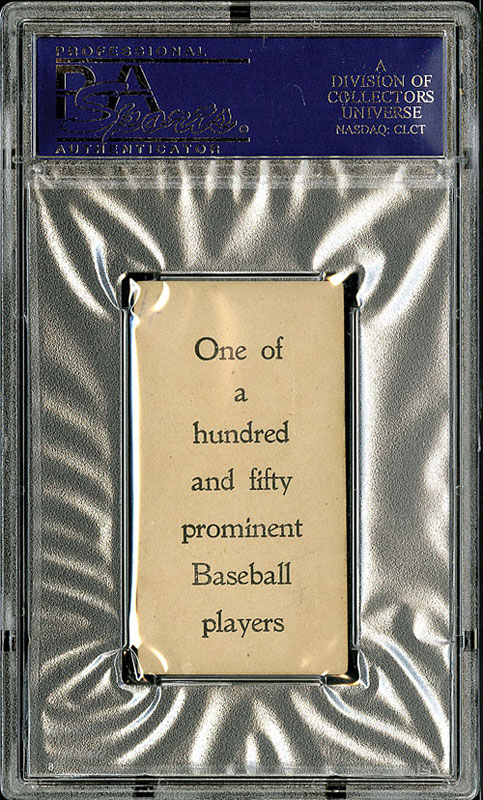 High-grade example of Hall of Famer Rube Waddell from the scarce E107 Type 1 series. Graded VG-EX 4 MK by PSA. This is one of only two examples with the desirable advertising reverse graded at this level (one qualified and one non-qualified) with none higher. The E107 Breisch-Williams caramel card of Waddell is recognized as being Waddell's rookie card (only W600 and M101-1 predate but both are large-format issues). Waddell is noted as one of the greatest pitchers of his era, winning twenty-plus games in each of his first four seasons with the Athletics, leading the league in strikeouts during seven of his thirteen years in the league, and retiring in 1910 with a 2.16 career earned run average. This is an exceptional example with excellent centering, flawless image, and light, even corner wear. The reverse is boldly printed with only a small "4" in the upper left corner marked in light pencil and accounting for the qualifier. This is a very attractive example which presents at the high end of its assigned grade. The fact that the E107 set is the only major card issue of its era is part of its great significance and appeal to collectors. Hall of Fame examples from this rare set are especially desirable and are most often found in low grade, which makes the offered card particularly special and worthy of inclusion in the finest Hall of Fame or prewar-card collection. Reserve $2,500. Estimate $5,000+. SOLD FOR $7,110.00