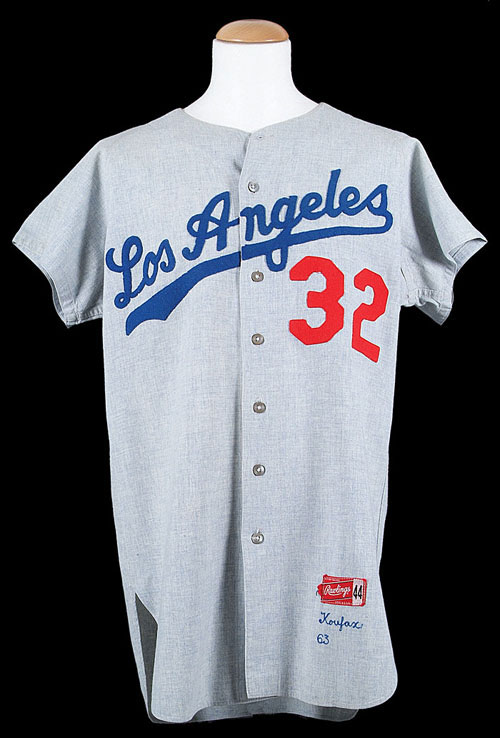 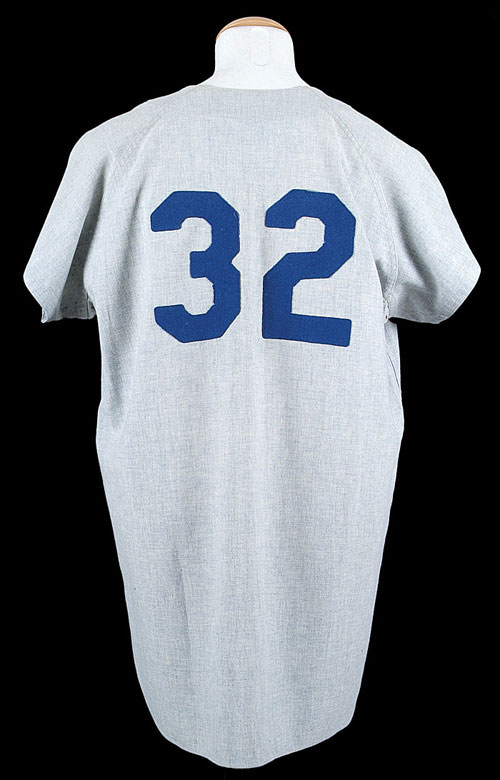 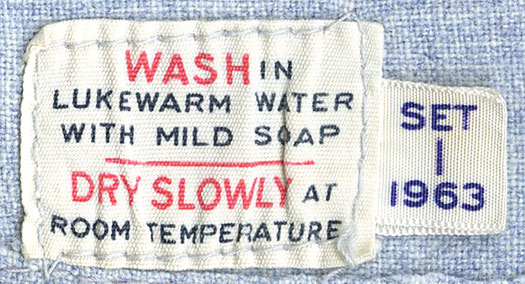 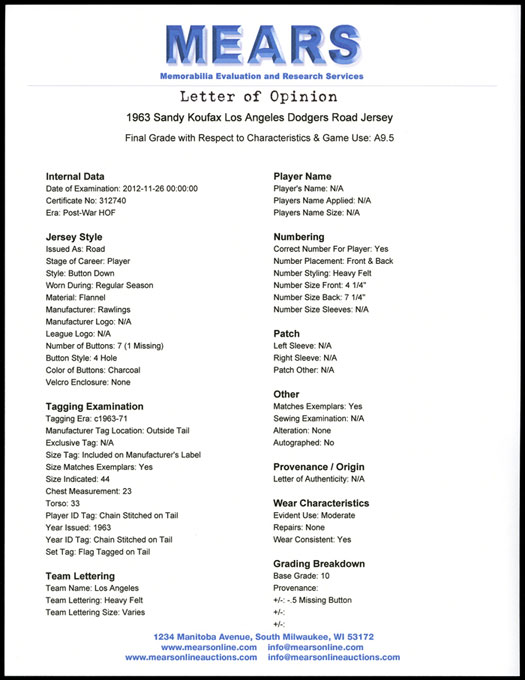 Los Angeles Dodgers road jersey worn by Hall of Fame pitcher Sandy Koufax in 1963. Graded A9.5 by MEARS. This is without question one of the finest of the few Sandy Koufax jerseys in the hobby, and one of the most important postwar Hall of Fame jerseys extant. It was while wearing this jersey in 1963 that Sandy Koufax enjoyed his breakout season, winning baseball's mound version of the "Triple Crown" by leading the league in wins (25), ERA (1.88), and strikeouts (306; first National League pitcher in history to strikeout over 300 batters). He capped the year by winning two games in the Dodgers' sweep of the Yankees in the World Series, which was highlighted by his record-setting fifteen strikeouts in Game 1. His extraordinary regular-season numbers led to Koufax winning both the Most Valuable Player Award and Cy Young Award at season's end. It should be noted that at that time, the Cy Young Award was given out to the best pitcher in all of baseball, not the best pitcher in each league, and Koufax's performance that season was so dominant that he became the first unanimous winner of that prestigious award. Fourteen of Koufax's twenty-five wins came on the road in 1963, meaning that the offered garment probably saw more than its share of action during that memorable season. In addition to its historical significance, this jersey is also notable for its rarity. This is only the eighth Sandy Koufax jersey we can recall having ever seen at public auction. Its rarity is underlined by the fact that it is one of just three Sandy Koufax game-used jerseys fully authenticated and listed in the MEARS census, not to mention the highest-graded example as well.

The grey flannel jersey is lettered "Los Angeles" across the front and features the number "32" on the left breast and reverse. All letters and reverse numerals are appliquÃ©d in blue felt. All front numerals are appliquÃ©d in red felt. The name "Koufax" and the year, "63," are each chain-stitched in blue on the left front tail. Also located on the left front tail is a â€œRawlings 44â€ label. A laundry tag and an adjacent flag tag, reading "Set 1 1963," appear on the interior left front tail. The jersey is original as issued, with no alterations, and displays moderate wear, including the loss of the top button and a tiny tear on the front. Graded A9.5 by MEARS (base grade of 10, with just .5 points deducted for the loss of the top button). This is a phenomenal museum-quality Koufax jersey, the likes of which are seldom, if ever, seen in the collecting world. LOA from Troy Kinunen and Dave Grob/MEARS. Reserve $25,000. Estimate $50,000++. SOLD FOR $201,450.00