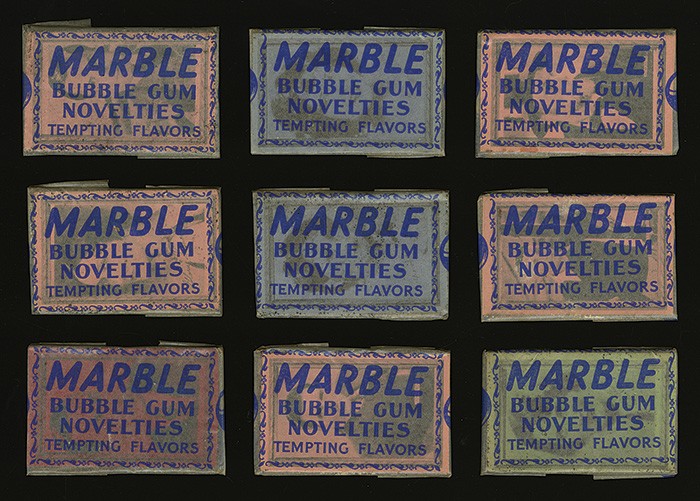 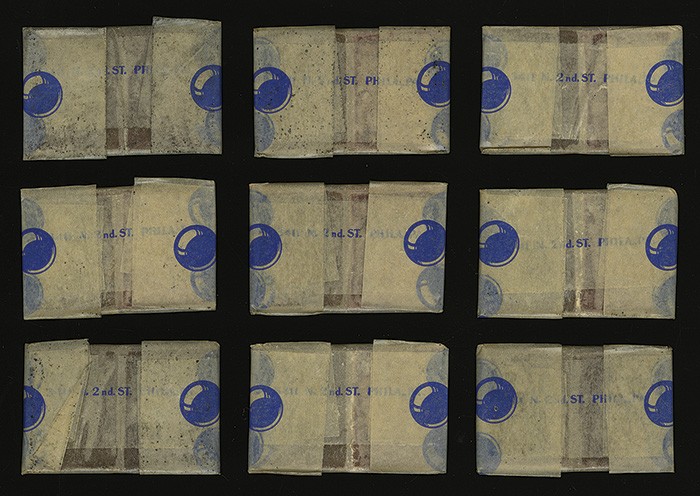 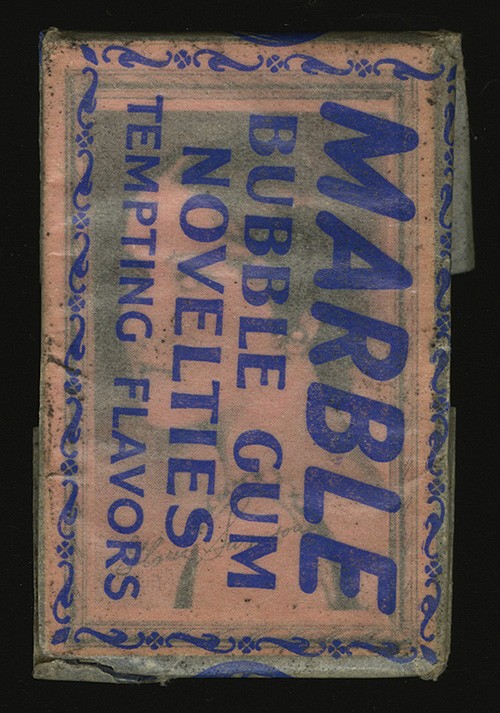 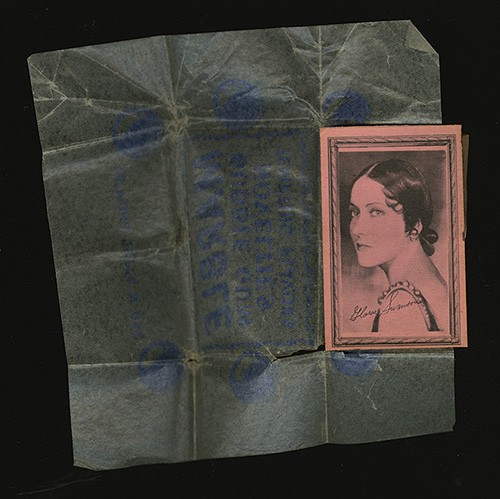 Collection of fourteen unopened nonsport packs related to the W553 baseball series, issued in packs entitled "Bubble Gum Novelties" by Marble Gum in 1929. The address of Marble Gum is printed on each wrapper ("3411 N. 2nd St., Phila., PA"), which is translucent, allowing one to view the card inside upon close inspection. Each wax pack contains a stick of gum and one card picturing a famous movie star printed in duotone surrounded by an elaborate ornate design. For years this set has been known only as W553 (issuer unknown), and while we have not seen the movie-star cards in this series before, over the years we have seen W553 baseball cards that are unmistakably from the same series. This collection of fourteen unopened packs is particularly significant as it identifies the manufacturer as well as defines this issue as a bubble-gum card set, and one of the earliest of all bubble-gum sets. These packs originally appeared in REA's Spring 2009 auction as part of a historic newly discovered extraordinary find of rare unopened circa 1930s nonsport cards. At the time, we were extremely surprised that this lot did not sell. This was one of our favorite lots in the collection and we had set the reserve at $1,000, which we thought was extremely low. When it didn't sell, and the consignor wanted to trade for some nonsport collectibles that REA president Robert Lifson had that were of special interest to him, they worked out a trade for the unsold lot. The packs have remained untouched in storage ever since! These unopened packs look exactly as they did when they were shipped to candy stores and distributors in 1929. When received here for auction, twelve of the fourteen unopened packs were still in a bundle tied with string, exactly as originally shipped from the manufacturer. Also included is an additional single pack that has been opened (includes original gum, wrapper, and one card). Disclosure per section 13 of REA's terms and conditions: This lot has been consigned from the personal collection of an executive or employee of Robert Edward Auctions (or a relative of an executive or employee). Total: 15 packs (14 unopened and one opened). SOLD FOR $840