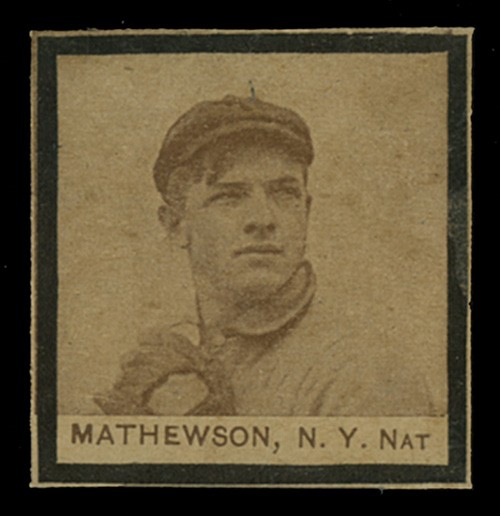 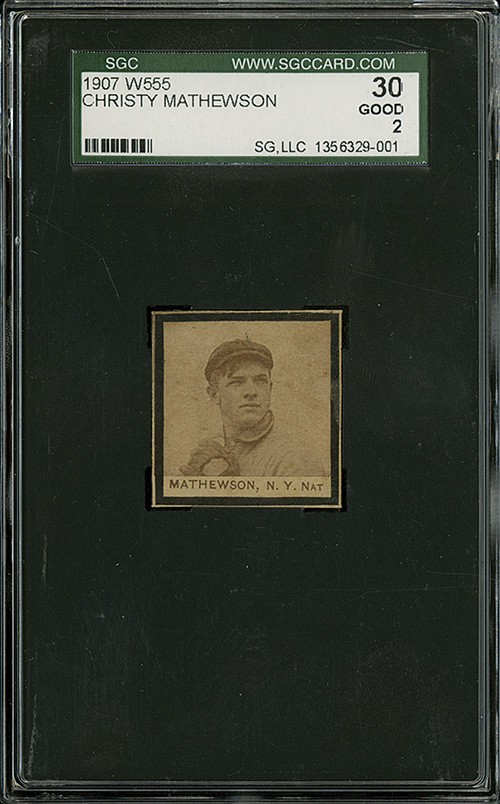 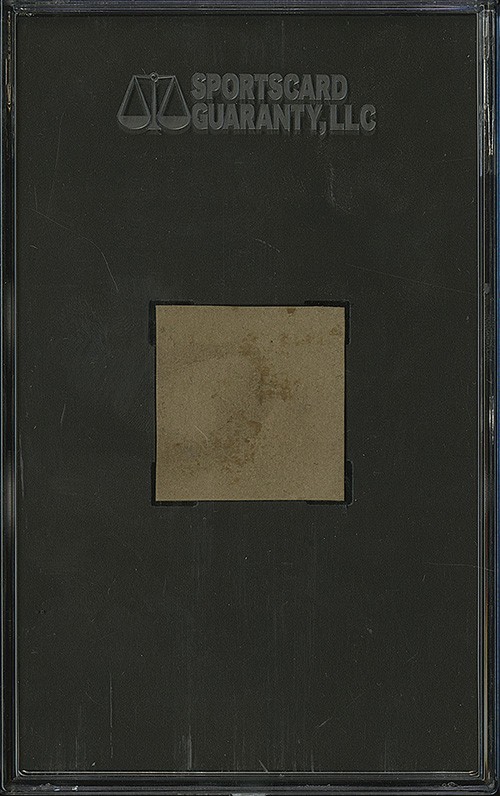 Graded GOOD 30 by SGC. Extremely attractive example of Christy Mathewson from the W555 candy-card series. Due to their rarity and unusual size (1-1/8 x 1-3/16 inches), W555 cards are one of the most overlooked candy issues from the 1910 era. In years past, they were also one of the most mysterious, as until several years ago no one knew exactly what company issued them, or even exactly how they were issued, although it was always clear they were cut from something. W555 cards are now known to have been issued by Philadelphia confectioner Jay S. Meyer as part of the package design of its boxes of candy and were intended to be hand-cut by youngsters. A full box of "Base Ball Snap Shots" proving this was discovered in 2007. Also, as suggested by The Standard Catalog , this set should really now be listed as an "E" card set as opposed to a "W" set, as it is truly a candy-card issue. That they really are candy cards no doubt explains the fact that W555s share the same images as cards from several traditional 1910-era caramel-card sets (the same image of Mathewson is used on his E93 Standard Caramel card, and coincidentally, his very popular T206 card). The offered example presents at a level far better than suggested by its technically accurate assigned grade. Cut to perfection, the card displays outstanding centering, strong corners, and a flawless image. Very light, unobtrusive adhesive residue on the blank reverse accounts for the downgrade. This is a superb example of one of the key cards from this very significant and scarce early candy issue, which would be a worthy addition to any Christy Mathewson, Hall of Fame, or prewar-card collection. SOLD FOR $480