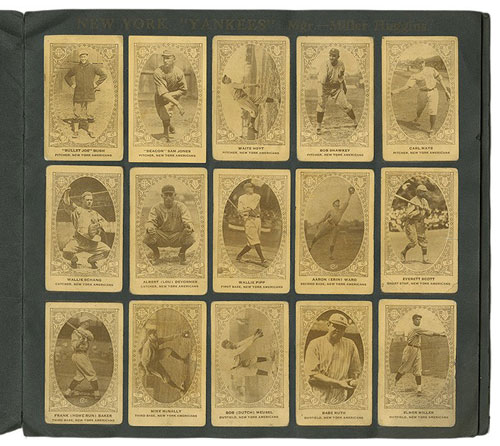 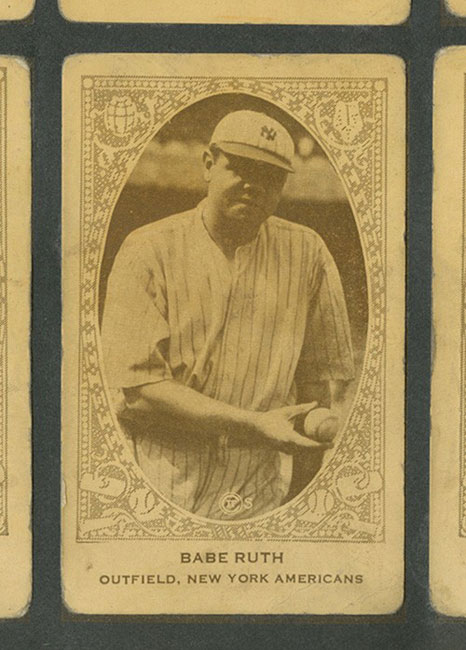 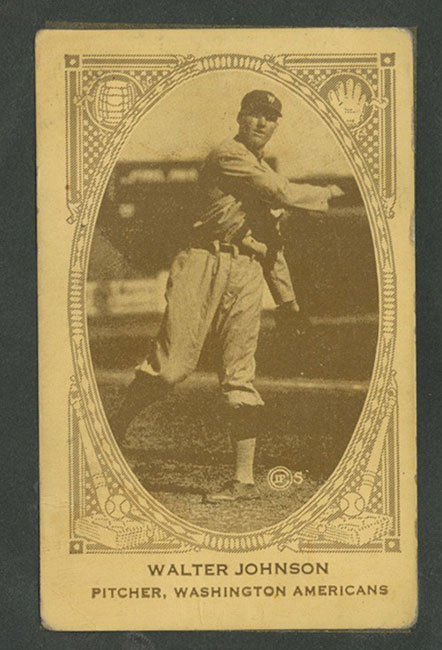 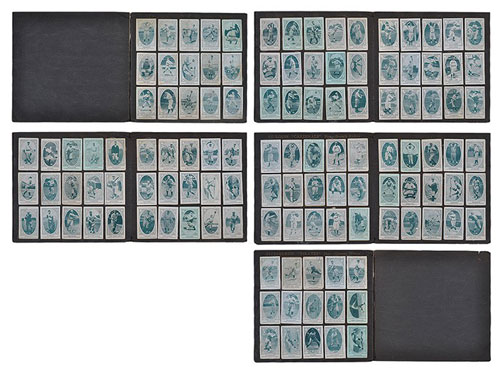 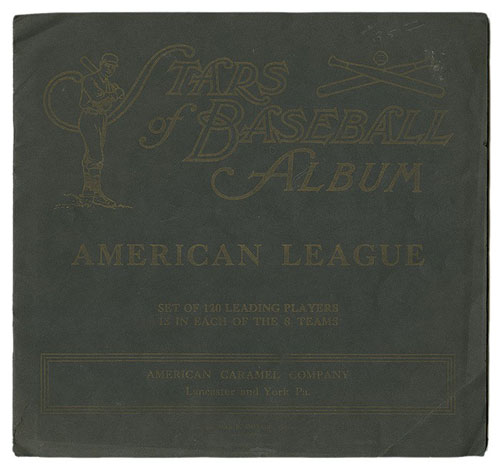 Presented is a complete set of 1922 E120 American Caramel cards, highlighted by thirty-five Hall of Famers, including Babe Ruth, Ty Cobb, and Walter Johnson. The entire 240-card set offered here has been pasted into two albums that were issued by American Caramel specifically for this purpose. These albums with cards are a collecting time capsule! This is how the set was intended to be saved and stored by young collectors of the day. These cards have been in these albums since they were glued in with great care in 1922!

The E120 American Caramel Company set issued in 1922 is universally recognized as the most classic set from the 1920s. The E120 setâ€™s 240 cards make it the only comprehensive set of the era and its striking design makes it one of the most attractive baseball-card sets of any era. The set features fifteen members from each of the sixteen Major League teams. All the players are pictured in full-length poses. The National Leaguers are printed in a green tone; the American Leaguers are printed in a sepia tone.

The albums, which measure 11.75 by 11 inches, are made of thin black paper and feature the team name and manager in gold print at the top of the page designed to hold the fifteen members of each team. Each league has its own album. The American League album presented here is fully intact with the front and back cover as well as all interior pages. The National League album is missing the front cover, and the back cover is present but has become detached. The cards look great in the albums and technically range in condition from Poor to Excellent (averaging Vg) without any consideration given to the fact they are pasted in albums. The Ruth card presents as Vg with two small creases in the lower right corner.

E120s are almost never found in set or even near-set form. They could only be collected one card at a time by buying packs of American Caramel. They were never offered by the company as complete sets, and with 240 cards, collecting a complete set was a great challenge even in 1922. Assembling a set today is an even greater challenge and might be considered somewhat impractical by most collectors. This is the first complete set we have ever offered (REA's Spring 2013 auction featured a set missing only one card, which sold for $26,662). This is an extremely rare opportunity to acquire a complete set of this all-time classic 1920s baseball-card issue in an extremely interesting and, for an E120 set, relatively economical form. (Presumably the set will sell for a discount compared to a set that is not glued in an album.) Consigned directly from the family of legendary pioneer collector Paul Pollard. Total: 240 cards in two albums. Reserve $1,000. Estimate $2,000+. SOLD FOR $7,110