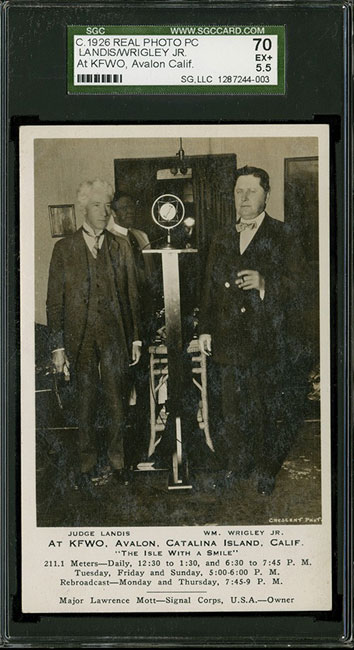 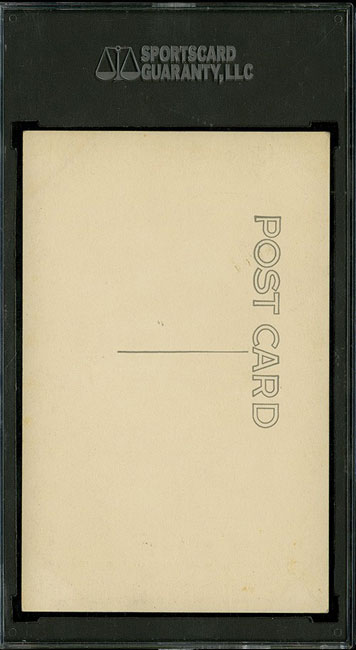 Real-photo KFWO advertising postcard featuring Commissioner Kenesaw Mountain Landis alongside Chicago Cubs owner William Wrigley Jr. at radio station KFWO in Avalon, California. The station, founded in 1925, was based on Catalina Island where the Cubs held spring training from 1921 to 1951. Over and above its obvious merits as an extraordinary and rare advertising card, this postcard may have a very special distinction of especial interest to Hall of Fame collectors: We can't think of any other cards featuring Judge Landis issued during his tenure as Commissioner of Baseball. The postcard, which has been graded EX+ 70 by SGC and is dated circa 1926, displays a clear, crisp image of the two men, virtually perfect centering, four strong corners, and a clean unused reverse. We have never seen another example of this extremely rare postcard, which would be at home in many different types of collections. Reserve $200. Estimate (open). SOLD FOR $356