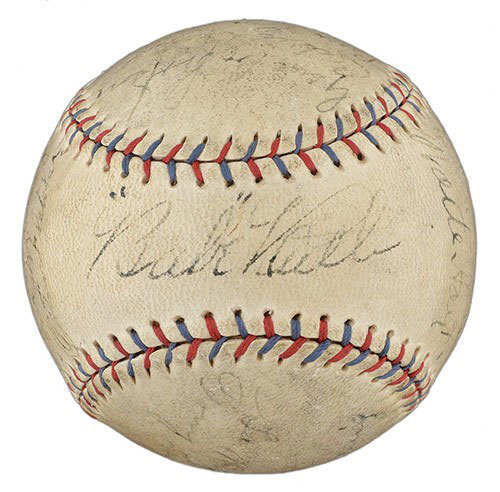 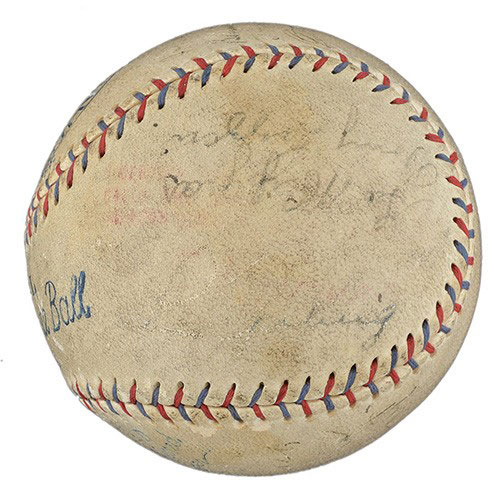 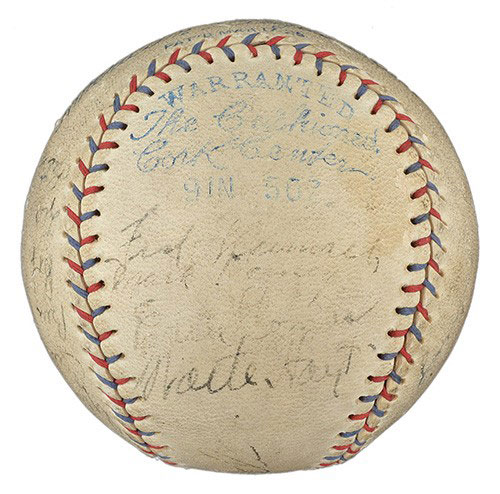 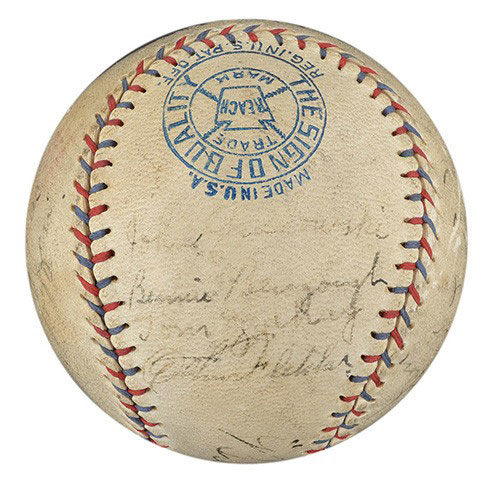 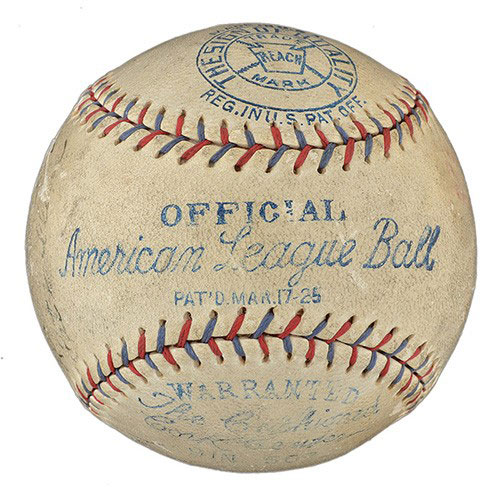 Red-and-blue stitched Official American League ball (league president's name no longer visible on the side panel) signed in black fountain pen by the following seventeen members of the 1928 New York Yankees: Gehrig (faded; grading "2"), Lazzeri, Durocher, Combs, Hoyt, Robertson, Durst, Paschal, Meusel, Collins, Pipgras, Grabowski, Bengough, Zachary, Fletcher (coach), Koenig, and Heimach. The Babe Ruth signature on the sweet spot has been deemed a classic secretarial example by JSA. Signatures range from "2" to "5," averaging "4." The Yankees captured their second consecutive World Championship in 1928 by sweeping the St. Louis Cardinals in the World Series, thereby cementing their reputation as one of baseball's greatest dynasties. The ball, which displays light-to-moderate toning, remains in Excellent condition. 1927 and 1928 New York Yankees team-signed balls have always been highly coveted by collectors. A ball such as this, which displays beautifully, represents an extremely desirable alternative for any collector wishing to own one of the top team balls in the hobby, but at a substantial discount to what a higher-grade example would command. LOA from James Spence/JSA. Reserve $500. Estimate $1,000+. SOLD FOR $1,185