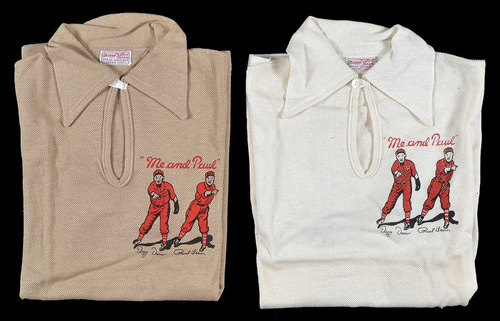 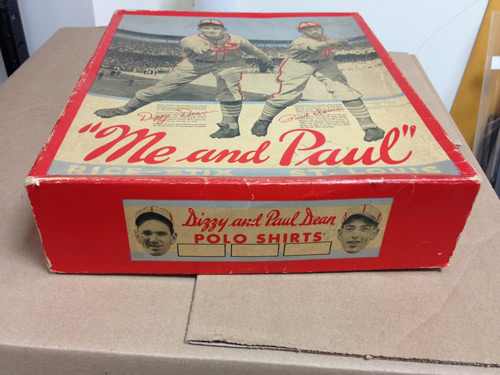 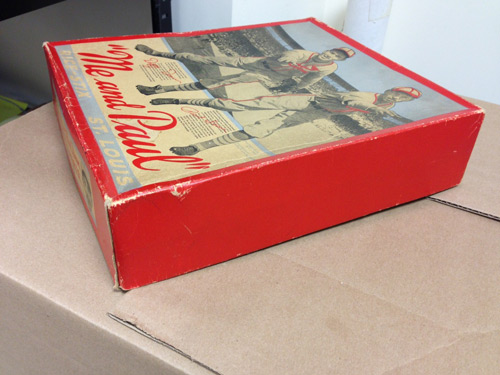 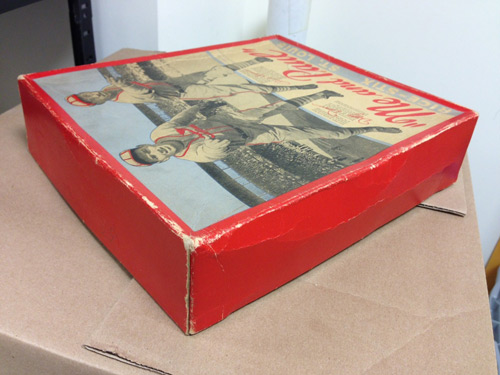 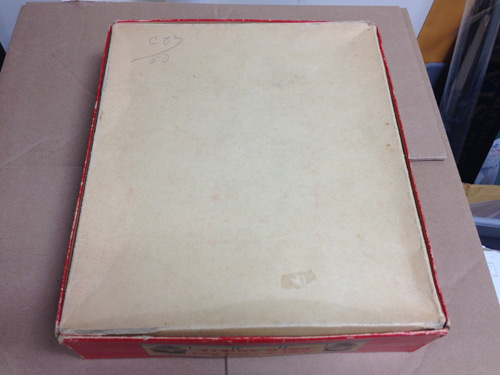 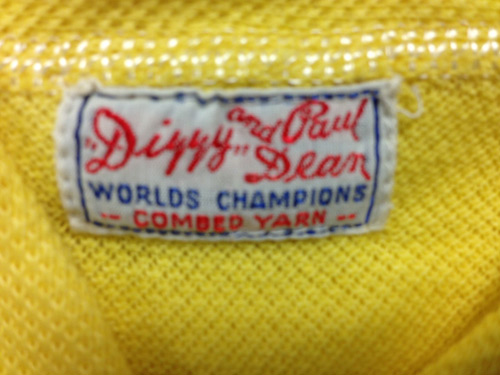 The success of the famed Dean brothers, Dizzy and Daffy, in 1934 resulted in numerous retail products bearing their endorsement. Offered here is an extremely rare and desirable retail box, issued after the 1934 World Series, that, incredibly, still houses four Dizzy and Paul Dean polo shirts. This is a tremendous display piece! The paper label on the lid is stunning in its design and features large color-tinted photos of both Dizzy and Paul superimposed atop a photo of pre-game activities at Sportsman's Park during the 1934 World Series. Printed below each player's respective image is brief recap of his 1934 season. "Me and Paul" is lettered along the base of the lid. The side of the box also displays a label featuring portrait images of Dizzy and Paul. This is the ultimate Dizzy and Dazzy retail display box and only the second we have ever offered. But we have never seen one containing the original shirts. In fact, we've never even seen another Dizzy and Daffy Dean Rice Stix shirt anywhere else ever. Inside the box are four original shirts in perfect condition which have remained undisturbed since 1934. Each colorful shirt features an illustration of Dizzy and Paul printed on the left breast and remains in Near Mint condition. While the box does not state how many shirts are packed inside, the four shirts fit perfectly, and we think it is likely that the box was intended to house four shirts. The box displays wear commensurate with its age and fragile nature, including a few light creases and a small stain near the base of the lid. This is an outstanding, extremely rare (and, due to the inclusion of the four shirts, simply remarkable) Dizzy and Paul Dean display item. In Very Good to Excellent condition. Box dimensions: 10 x 11.5 x 2.75 inches. Total: 5 items (box plus 4 shirts).   Reserve $500. Estimate (open).