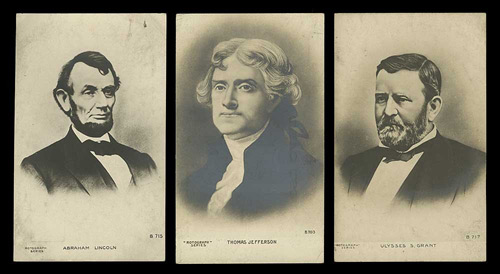 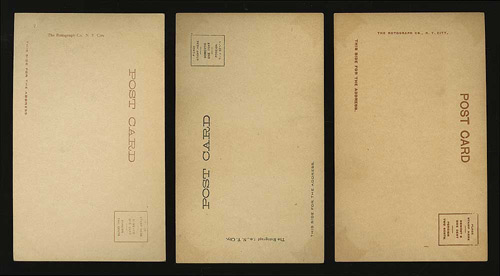 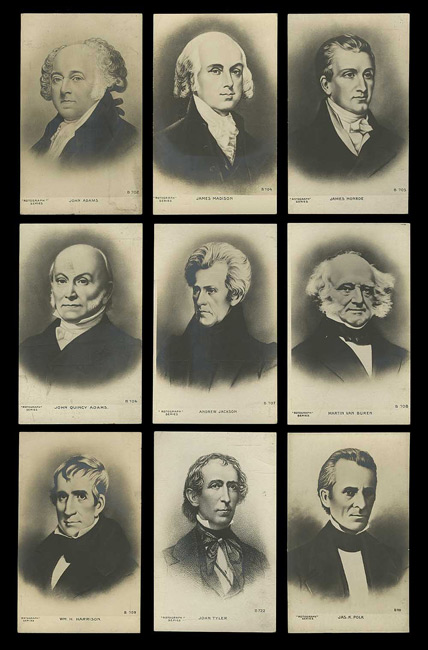 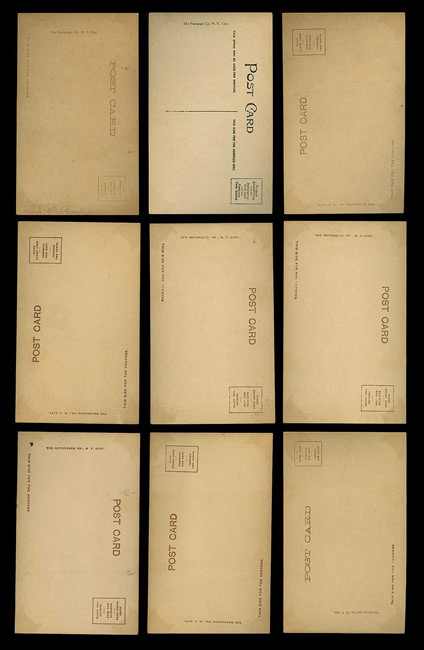 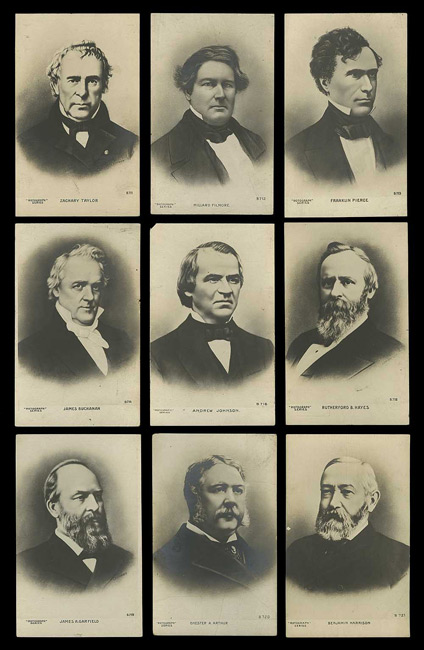 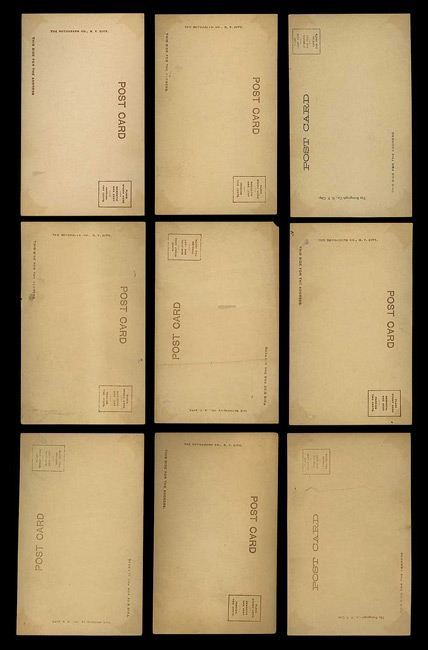 Addendum: Please note that this is a COMPLETE set! In the printed catalog, we described it as a "near-complete" set of twenty-one cards out of twenty-five in the set. However, we believe that this Rotograph postcard series is actually complete at twenty-one cards. The additional four cards referred to as missing in the text of the printed catalog are postcards of presidents also issued by Rotograph, but they are not from this set, are in a completely different style, and even have a different number/letter system. This set is complete at twenty-one cards, all of which are included here. We have modified the catalog description below to take out reference of the four Rotograph president postcards that are unrelated to this set.

Presented is a complete set of Rotograph Series "U.S. Presidents" Postcards featuring twenty-one different postcards. Baseball collectors are particularly familiar with Rotograph as it issued some of the most desirable and valuable of all baseball postcards of the very early 1900s. Rotograph is well known for producing extremely high quality postcards, and the company issued numerous sets with various popular themes, all of which are quite scarce today. The U.S. Presidents were a natural set for Rotograph to market. Issued circa 1905, this distinctive set features portraits of twenty-one U.S. Presidents. On the reverse of each is the president's name and the notation "Rotograph Series" printed along the base. The printing on the reverse further credits Rotograph, with "The Rotograph Co., N.Y. City." Rotograph also issued several other postcards of presidents that are not from this series as they are different in style and numbering system (Washington, Cleveland, McKinley, and T. Roosevelt). This is an extremely attractive set, presenting as Vg-Ex to Ex when viewed from the front, with seven lesser due to small cracks visible in the fragile surface (or a pinhole, in the case of Lincoln). None of the postcards are written on or used postally on the reverse, but almost all show faint traces of having once been mounted carefully in corner mounts, which might cause them to technically grade a bit more modestly. This is the first group of any size that we have ever offered from this rare series, and we have never before seen another near-complete or complete set available at public auction. A superb collection of cards, which are naturally highly prized by both historical collectors and nonsport-card collectors alike. Total: 21 cards.  Reserve $200. Estimate $400+.