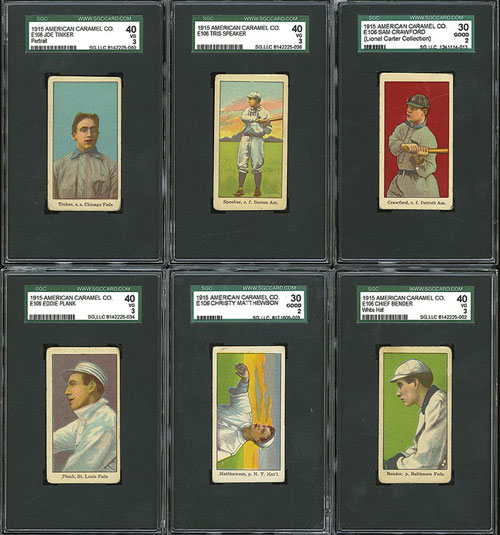 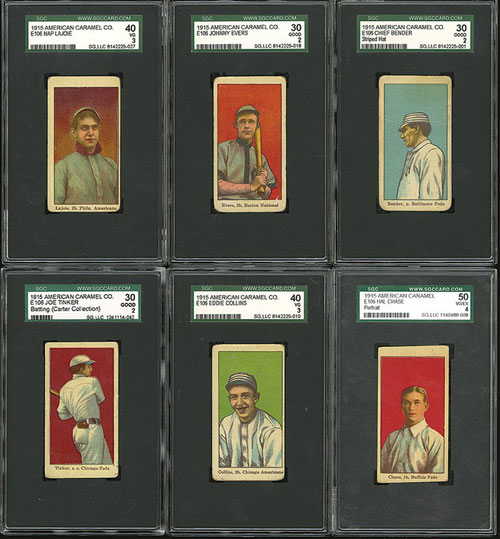 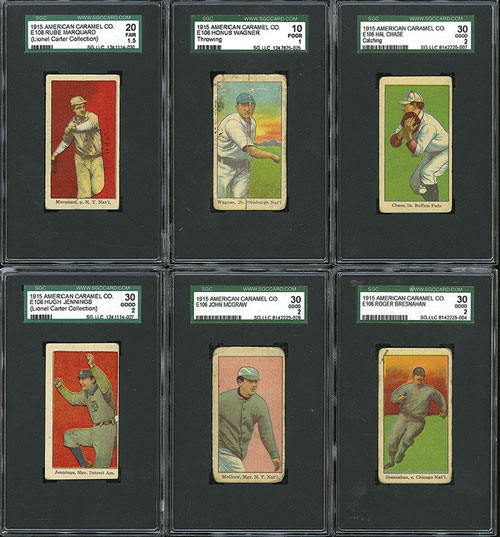 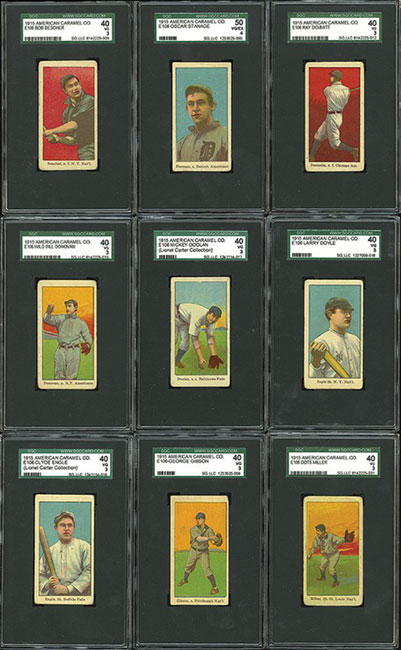 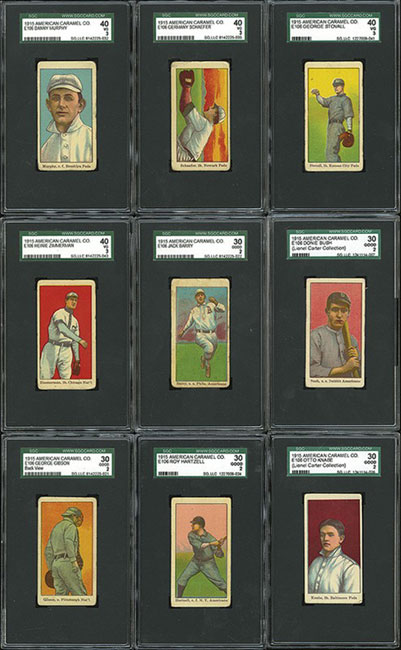 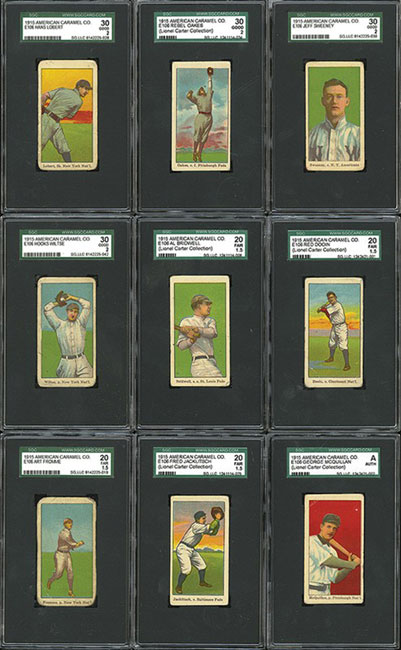 Presented is an incredible near-complete set of E106 American Caramel consisting of forty-five (out of forty-eight) cards, each graded and encapsulated by SGC. Missing only the two Ty Cobb cards and Honus Wagner/batting for completion (each of which is offered individually in this auction). The exceptionally rare 1915 E106 American Caramel issue shares designs with several other closely related candy issues (Croft's Candy, Nadja Caramels, Dockman & Sons, etc.) from the same era. These cards have glossy surfaces, which are very susceptible to cracking. Caramel cards in general are much rarer than tobacco cards of the era. Because they were issued with caramels, one card per package, and sold to children (as opposed to being sold to adults with tobacco), they also tend to survive in a much lower grade. In addition to being issued a few years later than most caramel cards, E106 American Caramel Company cards are considerably rarer than most traditional "E" cards.

This is by far the largest collection of E106s we have ever offered or seen, and, as noted, this lot represents the complete set with the exception of three cards (two Ty Cobbs and one Wagner pose, which are offered separately in this auction). Prior to offering this set, we have only auctioned five sample cards in the last twenty years, and we have only verified four public auction sales of complete sets, as well as three near-complete sets of forty-cards or more, during the same time period. These cards are rare! A remarkable collection like this does not just happen to come together by chance; it must be painstakingly assembled by a dedicated collector over a period of many years. This is not a set that can reasonably be collected in high grade, due to the fragile glossy surfaces. This is an incredible opportunity to acquire an outstanding near-complete set of this very rare and desirable caramel-card issue, which would be a significant highlight in even the most advanced collection. The equivalent SMR value for forty-four cards (excluding the one Authentic and factoring in the five half-grades at the lower whole-grade level) is $15,405. Total: 45 cards. Reserve $5,000. Estimate $10,000+. SOLD FOR $10,800