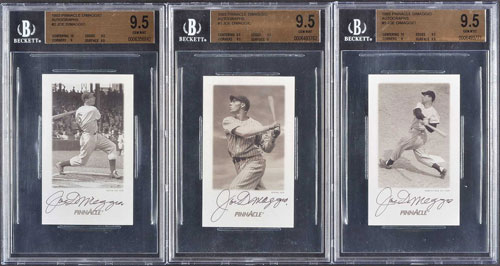 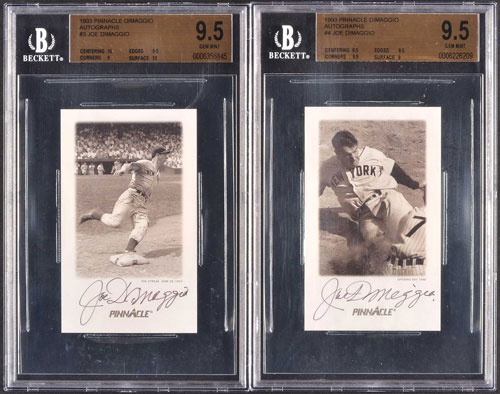 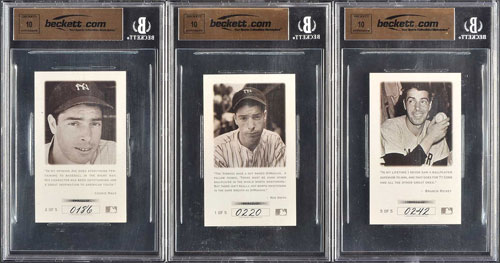 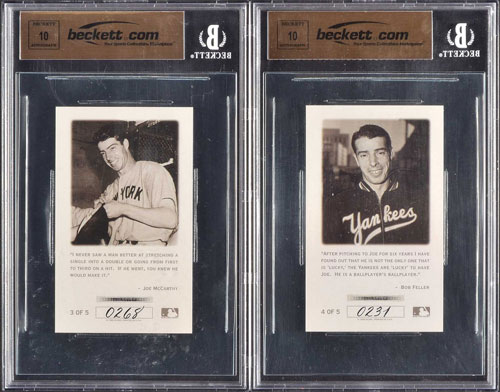 Complete set of all five Pinnacle 1993 Joe DiMaggio Autographs, each encapsulated and graded GEM MINT 9.5 by Beckett. These five DiMaggio autograph cards, which were limited in production to just 1,800 for each card, were produced as special inserts for the company's regular Joe DiMaggio 30-card set, which was issued in a tin box. The autograph cards were randomly inserted into the tins at a rate of approximately one per twenty-two sets. Each card features a different action photo of DiMaggio on the front, below which is DiMaggio's signature, scripted in silver paint pen. All of the signatures are beautifully executed and grade "10." Each card is accompanied by its individual COA from Pinnacle. Total: 5 signed cards. Auction LOA from James Spence/JSA. Reserve $300. Estimate (open).