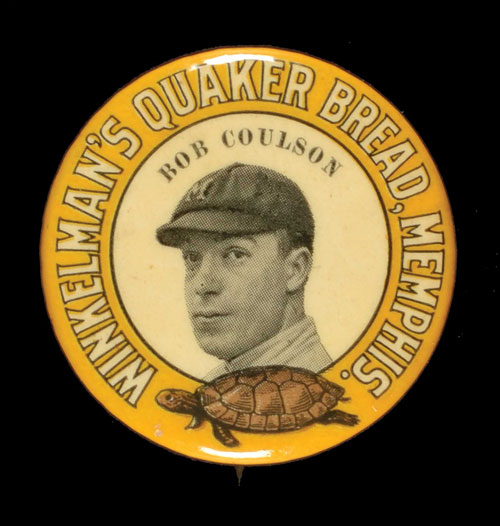 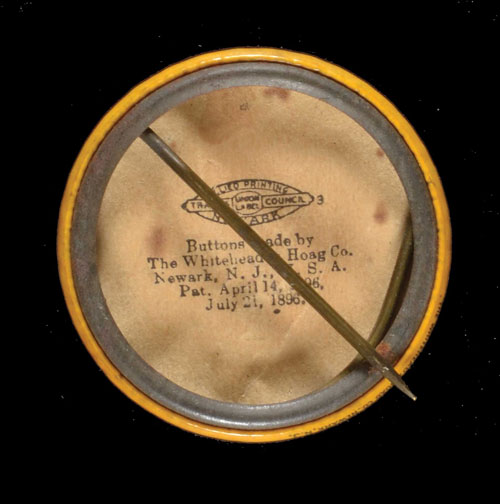 Addendum: Upon further review of this pin we have noticed an extremely tiny chip on the celluloid surface below the turtle's head.

Exceedingly rare example of a circa 1909 Winkleman's Quaker Bread pin. This is just the fourth Winkleman's Bread pin example we have ever encountered and just the third we have handled. Similar in design to the popular Morton's Bread advertising pin set featuring Detroit Tigers players, the Winkleman's Quaker Bread pins feature players from the Memphis Turtles, a minor-league member of the Southern Association. The player featured on the offered pin is Bob Coulson, who only played with Memphis in 1909. (Coulson also played four seasons of major league ball, including one season with the Federal League in 1914). Complete with its original Whitehead & Hoag paper label on the reverse. (Whitehead & Hoag was the largest pin manufacturer in the country at the time.) Near Mint Condition. Diameter: 1.25 inches. From the Dan Gantt Collection. Reserve $300. Estimate $500+.