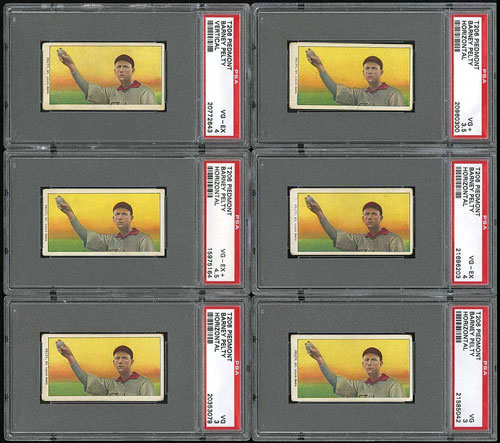 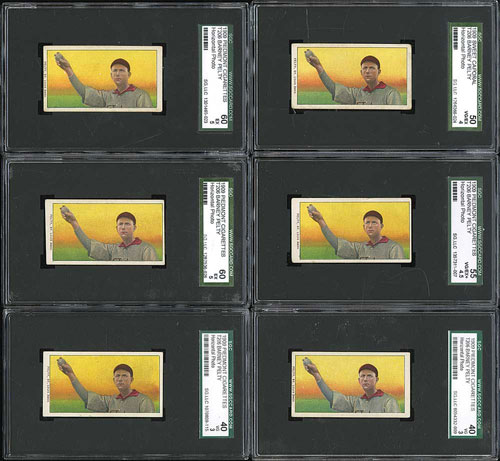 Presented is one of the most fascinating prewar-card collections we have ever offered: an incredible hoard of 117 cards featuring St. Louis Browns pitcher Barney Pelty/horizontal from the T206 White Border series. In every auction we have thousands of T206 cards--sets, near-complete sets, rare backs, and printing anomalies among them - but this is the first time that we can ever recall offering such a large collection of one single card from this legendary set. The most obvious question one might ask when reviewing this lot is "How did 117 Pelty cards of the same pose end up together?" The answer is simple: Our consignor believed the horizontal pose of Pelty was one of the most visually appealing cards within the entire T206 set, and he endeavored to collect as many of them as possible in all grades and with all advertising backs. The result of this mutliyear quest is presented here.