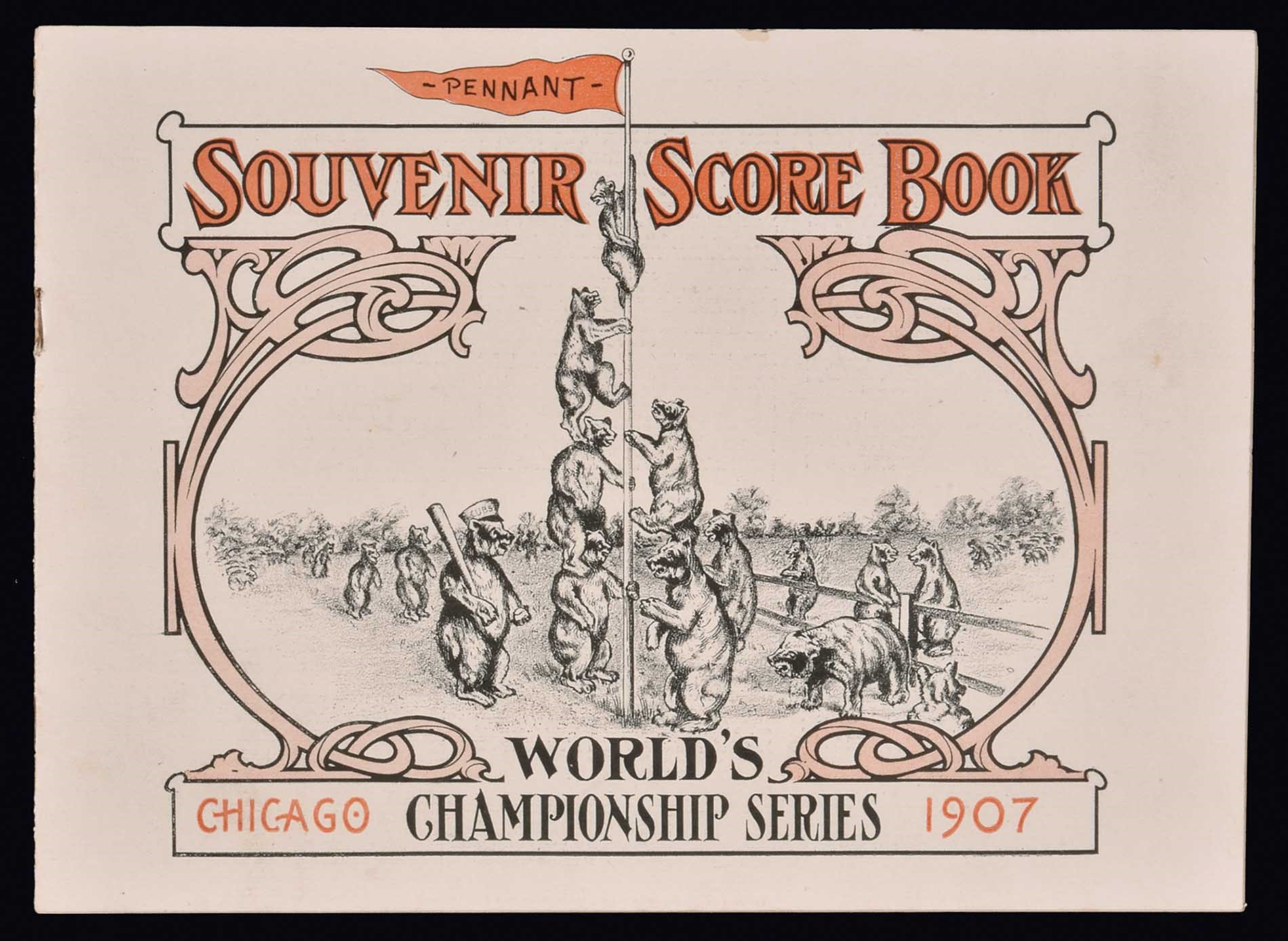 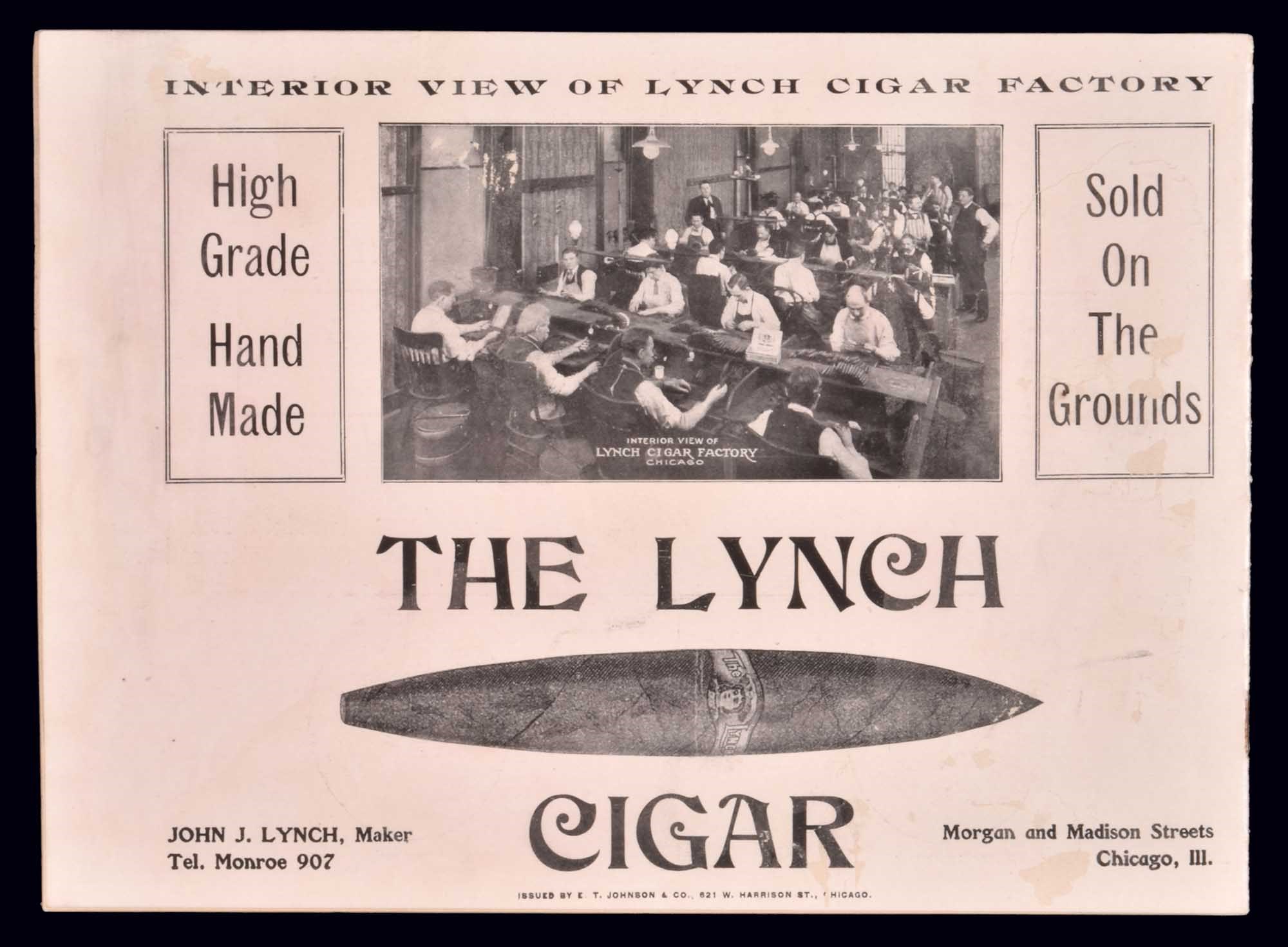 Rare Chicago Cubs program issued for the 1907 World Series against the Detroit Tigers. The attractive illustrated cover features a number of bear cubs climbing to the top of a pole bearing the National League pennant. The interior pages are profusely illustrated and feature team photos of both the Cubs and Tigers, as well as individual portrait photos of the Chicago team members, including Tinker, Evers, Chance, Brown, Schulte, Kling, and Steinfeldt. Also included are portrait photos of Cubs team owner Charles Murphy and former stars Cap Anson and Frank Selee. The preprinted lineups include Tinker, Evers, Chance, Kling and Brown for Chicago, and Cobb, Crawford, Jones, Schaefer and Mullin for Detroit. The program, which is not scored, remains in outstanding condition given its age and fragile nature. There is a slight diagonal crease in the upper right corner of the front cover and slight oxidation to the two binding staples. The program was originally mounted into a scrapbook and evidence of its removal is apparent on the back cover, which is affected by a number of small, light abrasions. A small semi-circular tear on the back cover has been professionally repaired. Its minor flaws notwithstanding, the program has an overall Excellent to Mint appearance and is one of the most attractive examples of this early and desirable World Series programs we have ever seen. Reserve $1,000. Estimate (open).