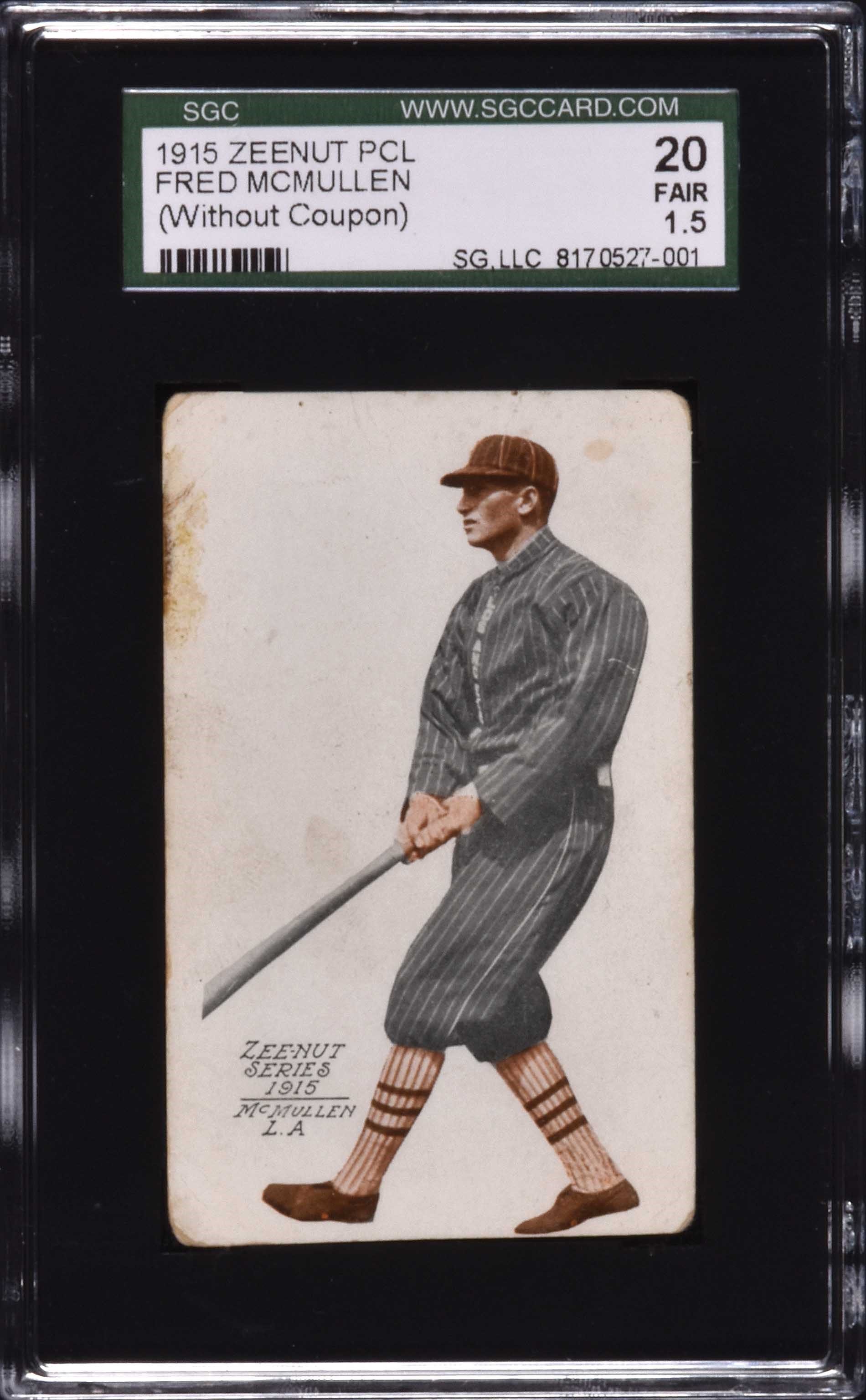 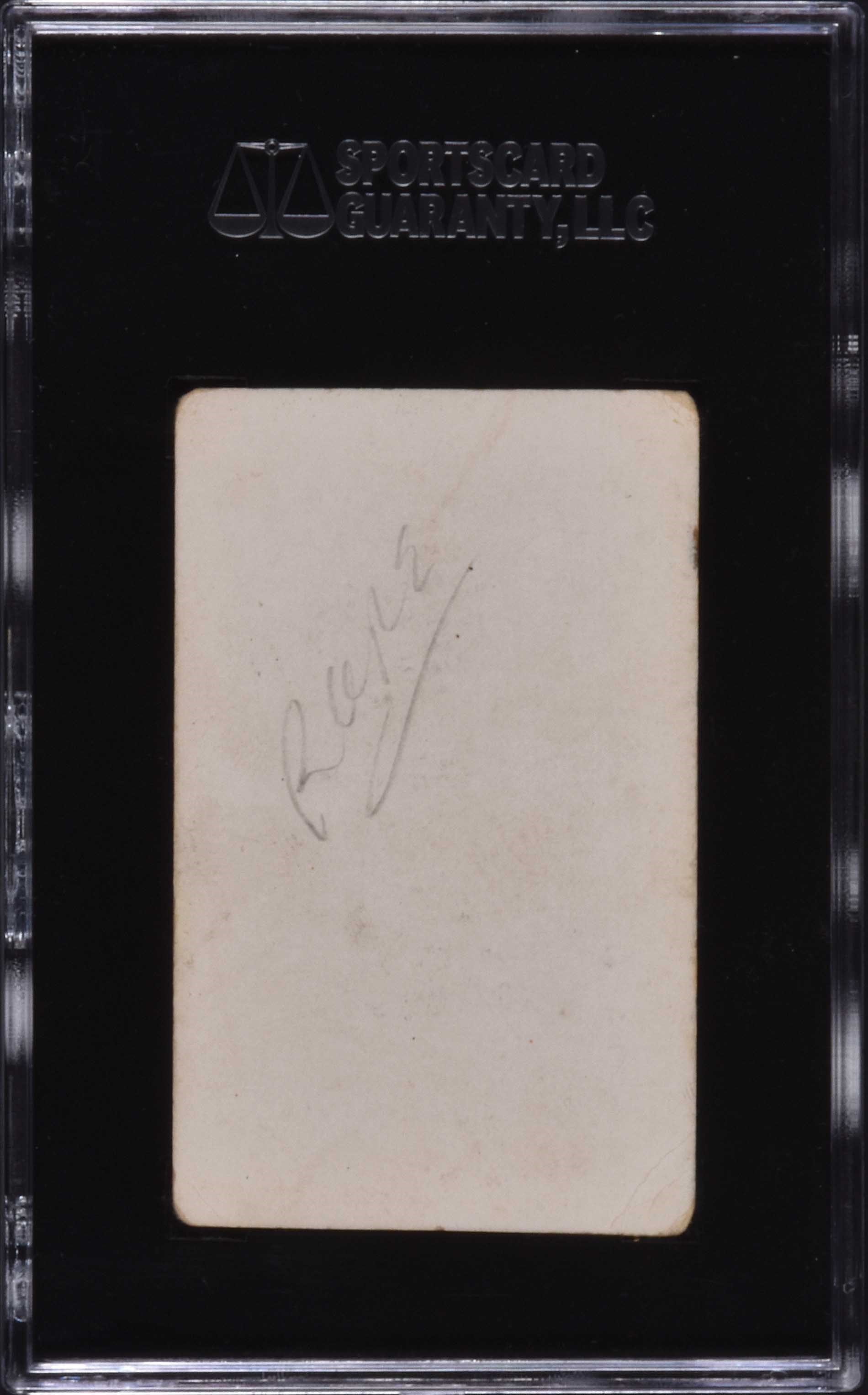 Graded FAIR 20 by SGC. The 1915 Zeenut card of Fred McMullen, featuring him with the Los Angeles Angels of the PCL, is an extremely significant card both as a Zeenut rarity and as the only insert baseball card known of 1919 Black Sox member Fred McMullen. (The only other known vintage card of McMullen ever issued is the 1917 Chicago White Sox team issue and there is only one example known of that card.) McMullen was a platoon third baseman who managed only one home run in his entire career. Although he batted only twice in the entire 1919 World Series, he was still banned for life from the game of baseball for his part in the conspiracy. Despite the appropriately modest grade, this is an extremely attractive example of one of the most important cards in the series. This example has a perfect image, evenly rounded corners, a few insignificant creases (none of which have any impact on the striking image), and a pencil notation on the blank reverse. This is still a very attractive example of this extremely desirable and rarely offered card of a future Black Sox player from the 1915 Zeenut series. Reserve $1,000. Estimate (open).