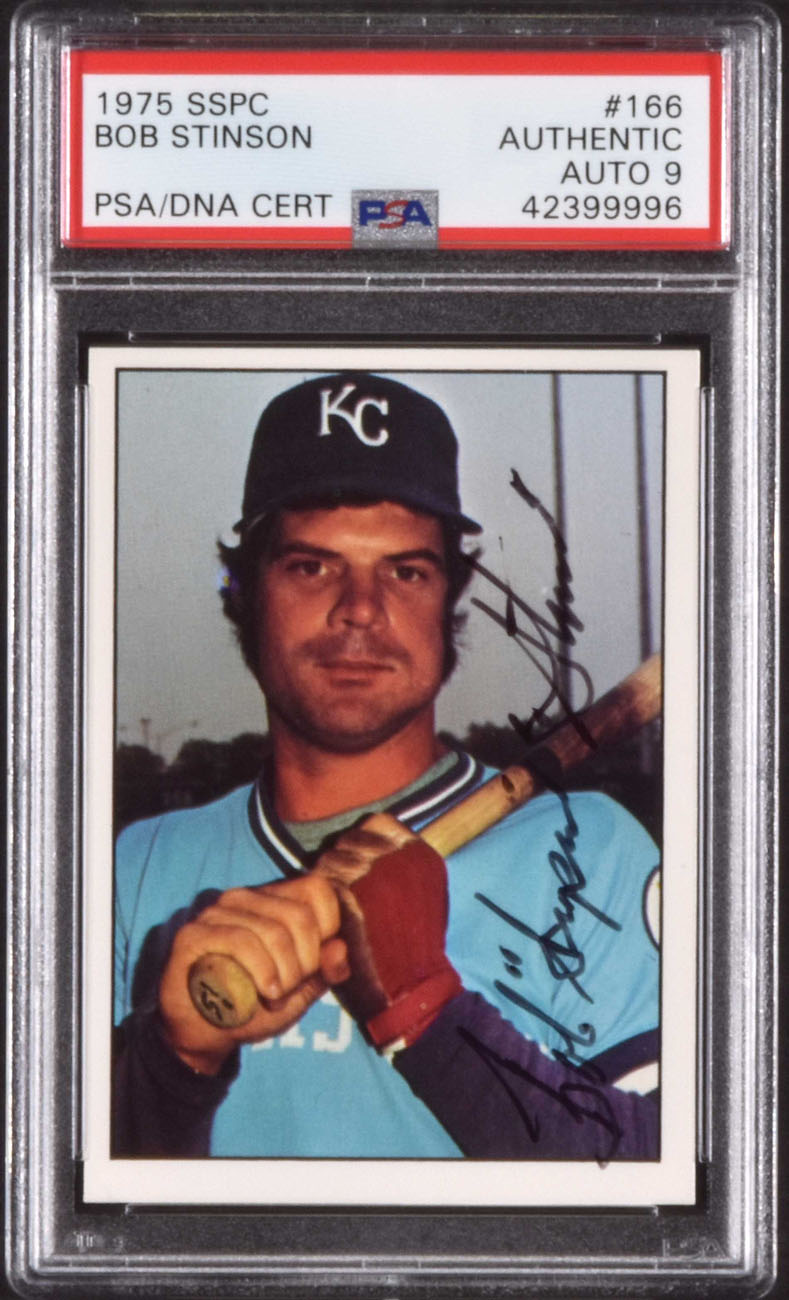 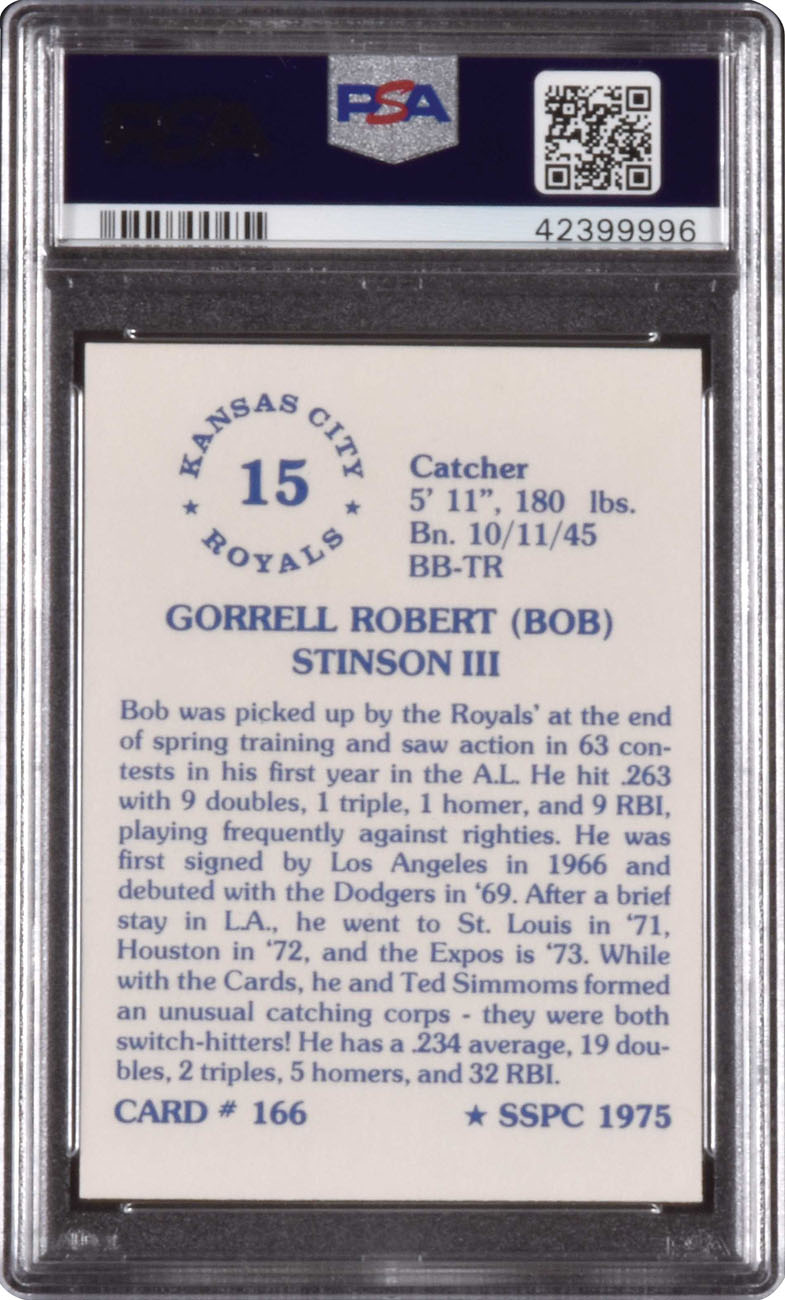 Extremely rare signed example of #166 Bob Stinson (Kansas City Royals) from the 1975 SSPC set. At first glance, this card appears to be nothing more than a signed common SSPC card, but it is much more than that and represents a key card missing from many set collectors' wantlists. For forty years, Stinson refused to sign this card because SSPC did not pay for the use of player photos during the production of their sets. Finally, in 2015, Stinson relented and agreed to sign five cards as part of a special private signing. Our consignor, as an SSPC enthusiast and autographed set collector, was involved in this signing and was thrilled to be able to add Stinson to his set and the sets of collectors with whom he worked to make this a reality. The offered example represents his duplicate, which he is making available in hopes that it helps another collector finally check Stinson off his wantlist. Encapsulated by PSA/DNA with the signature graded MINT 9, the card grades Ex-Mt to Near Mint overall. This is a very rare card that will be of great interest to SSPC and autographed set collectors for its incredible rarity. Reserve $1,000. Estimate (open).