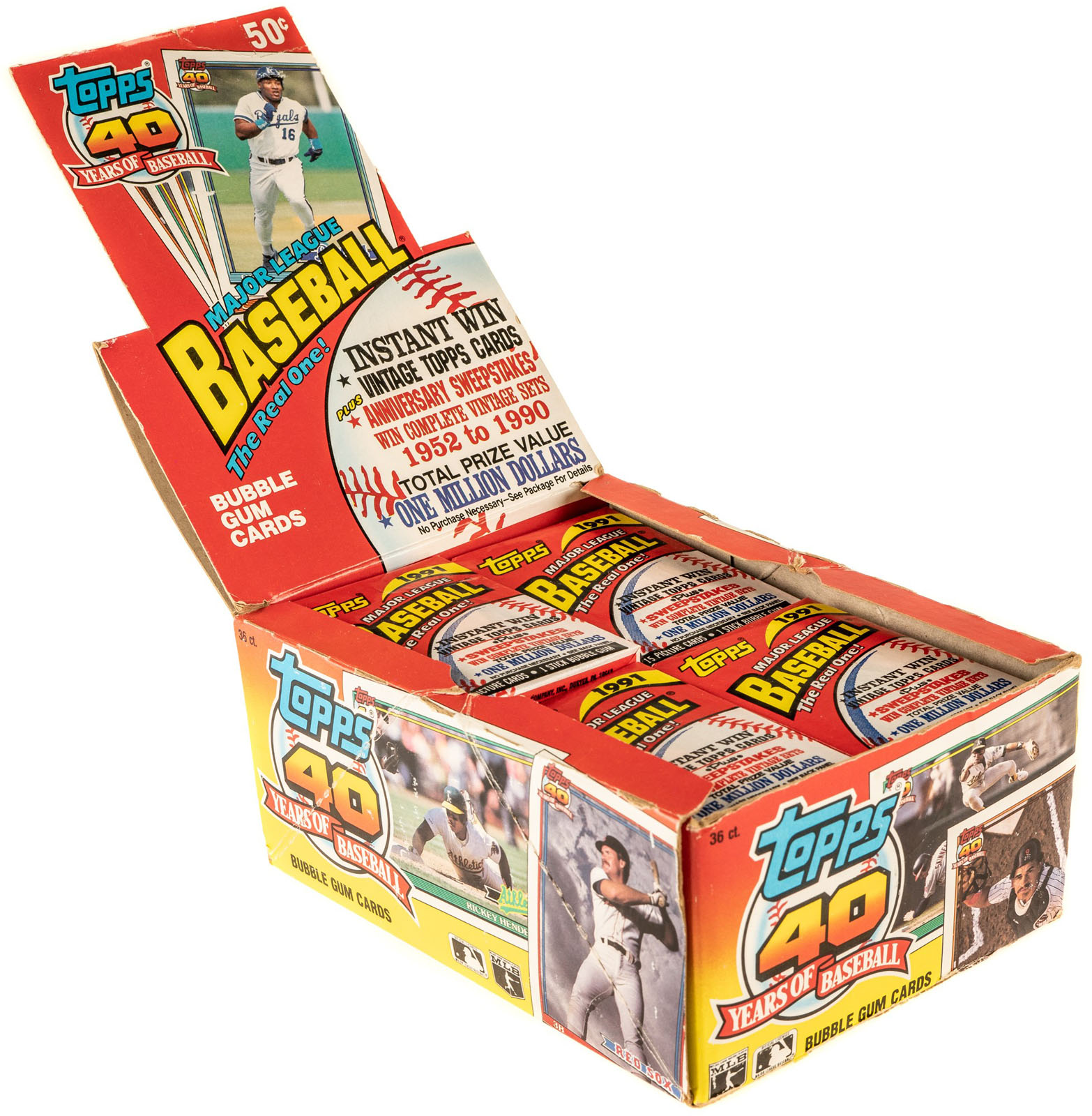 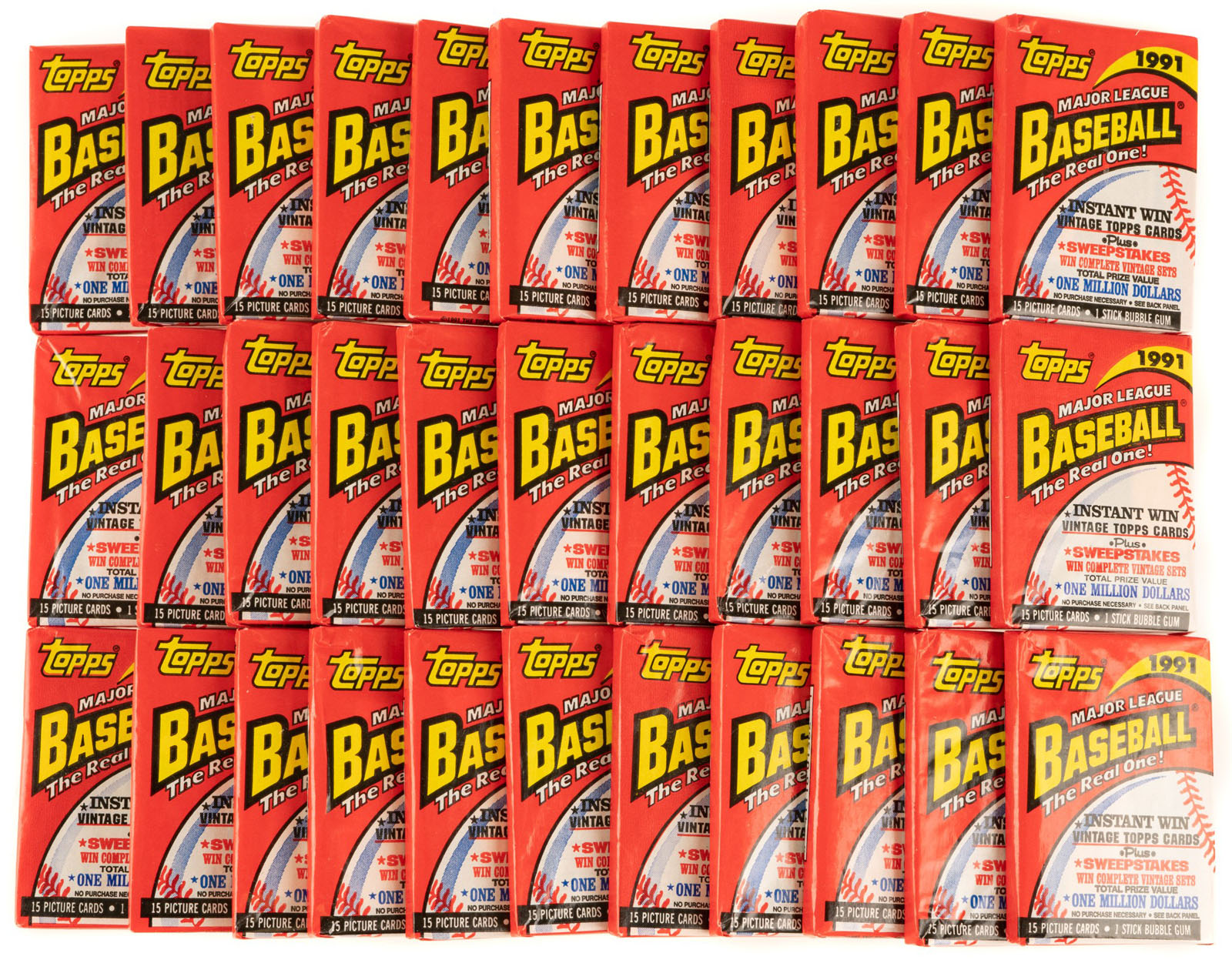 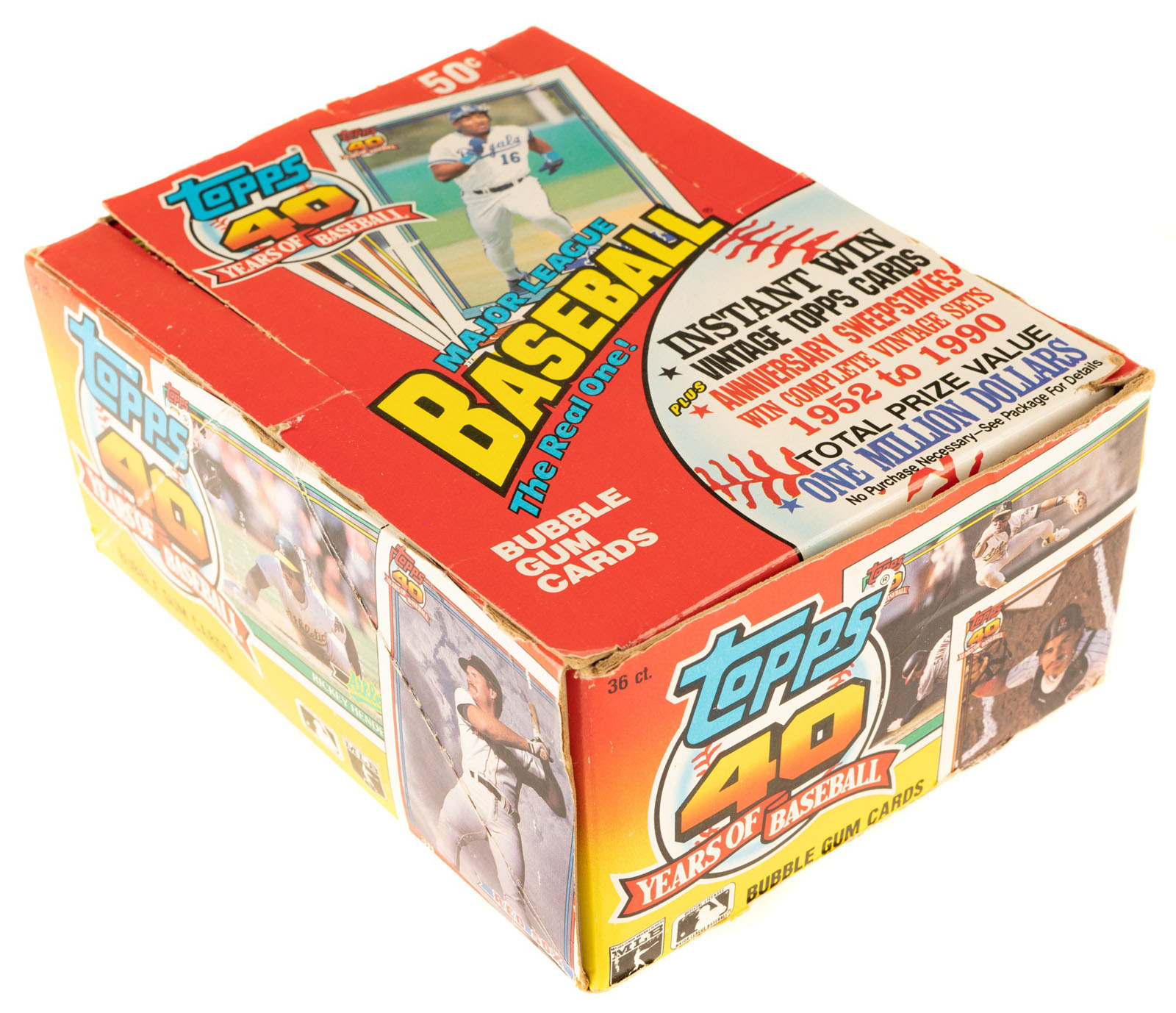 Presented is a collection of thirty-three unopened wax packs of what may be 1991 Topps Desert Shield baseball cards. Our consignor purchased a complete box of these packs many years ago from an individual who told him he had several boxes of confirmed Desert Shield cards. He put the box away at that time and did not search for it until seeing the high prices realized for BBCE wrapped boxes of Desert Shield cards (REA sold a BBCE wrapped box as lot 712 in the spring 2015 auction for $7,200). When we approached Steve Hart of Baseball Card Exchange about authenticating this box, he told us he was unable to do so without some sort of provenance. He relayed to us the story of several of the authenticated boxes on the market, which came about when one individual went to BBCE with several boxes of purported Desert Shield cards, Steve took all the packs out and mixed them all together and began randomly opening packs to confirm the presence of Desert Shield. When enough packs were opened to support the claim, the remaining packs were put back into boxes and wrapped as Desert Shield. Our consignor opened one pack to test this theory but as it was not done in our presence, we informed him that we wanted to open two more at random and videotape the results. He consented, and we opened two packs to reveal Desert Shield cards, including one of Hall of Famer Cal Ripken. With this information, we are selling the balance of the box as likely to contain Desert Shield cards, but we are unable to offer any guarantee and this lot is being sold as is with no returns. Reserve $300. Estimate (open).