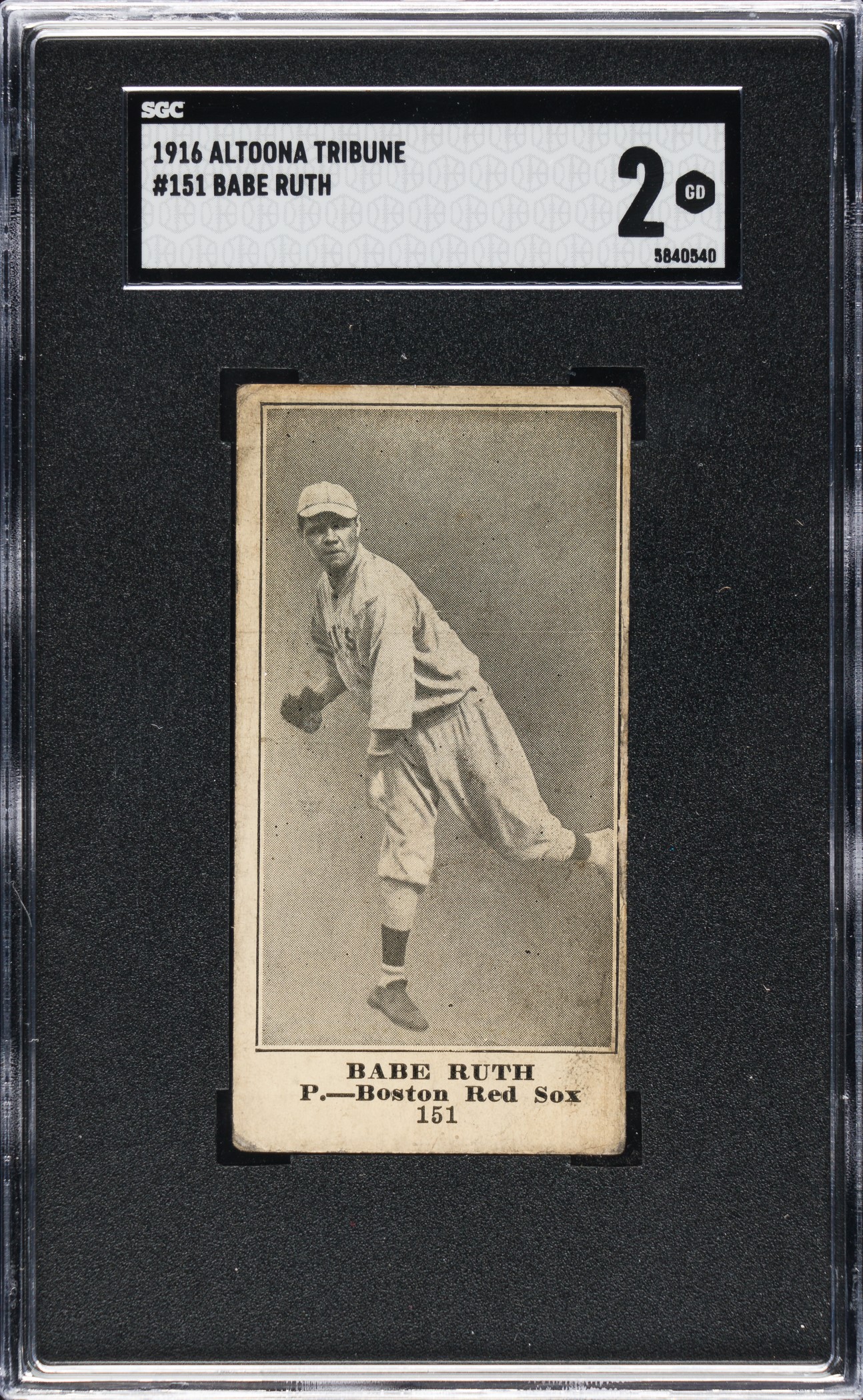 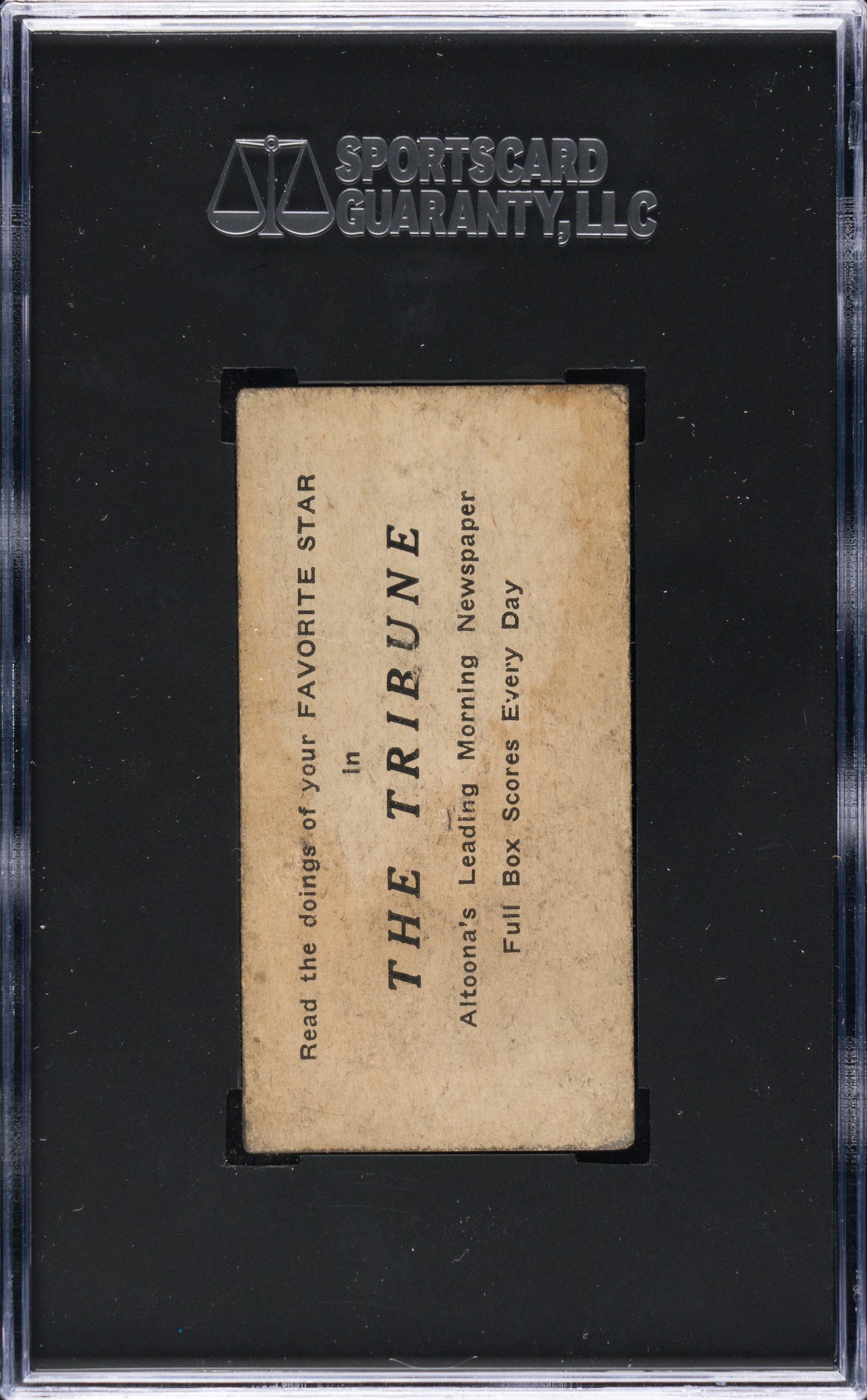 Graded GOOD 2 by SGC (submitted by REA). Presented is a newly discovered example of Babe Ruth's rookie card featuring the exceedingly rare Altoona Tribune advertising back. This card, along with nine other M101-4 Altoona Tribune cards (all of which are featured in this auction) originate from the same consignor. This is a very rare back for any M101-4, let alone for Babe Ruth's rookie card! In fact, this is the first example of Ruth with this rare back that we have ever offered! The M101-4 (and the closely related M101-5) set is commonly referred to as Sporting News (in honor of its most prominent sponsor), but cards were actually issued with a variety of advertising backs as well as with blank backs. To date, SGC and PSA have combined to grade only fifty-five examples featuring a Altoona Tribune back (of all players), including just one additional Ruth (PSA VG 3). While exact population numbers for ungraded examples cannot be known, in their extensive research into the M101-4/5 sets and their advertising backs (http://www.oldcardboard.com/m/m101-4/m101pop.asp), hobby scholars Tim Newcomb and Todd Schultz estimate that Altoona Tribune cards are among the most difficult to find (along with Ware's Basement, Burgess-Nash, and Mall Theatre) and account for less than one percent of the entire M101-4/5 production run of all back varieties (Altoona Tribune has been confirmed to appear only on M101-4 cards). This is a very distinctive example of Babe Ruth's rookie card, universally regarded as one of the most significant cards in all of card collecting. It would be hard for a piece of cardboard to better symbolize the history, the essence of American sport, then this 1916 rookie card of Babe Ruth. Ruth had pitched in only four games with Boston in 1915 but fortunately impressed the card manufacturer enough to warrant inclusion in this major issue. This is a very attractive card that, as can easily be seen, displays far better than suggested by its technical grade. The card is centered to the right with even wear to the corners consistent with the assigned grade. The image is bright and crisp, and the contrast is flawless. A roller mark extends across the top portion of the card. The reverse advertisement for Altoona Tribune is bold and crisp with light staining. This is a very desirable example of an extreme rarity and would be a significant addition to any world-class Babe Ruth or rare vintage baseball-card collection. Reserve $25,000. Estimate (open).