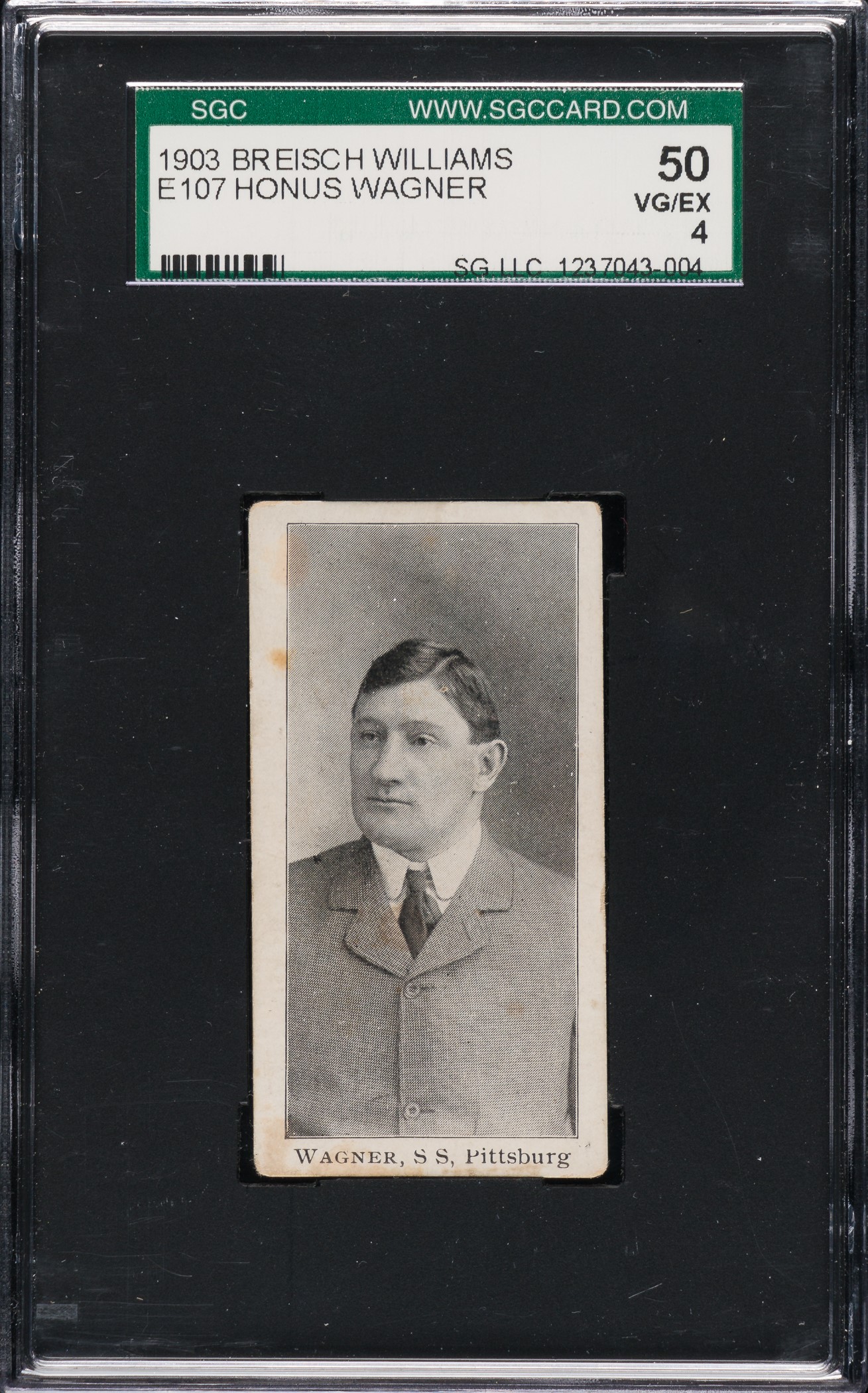 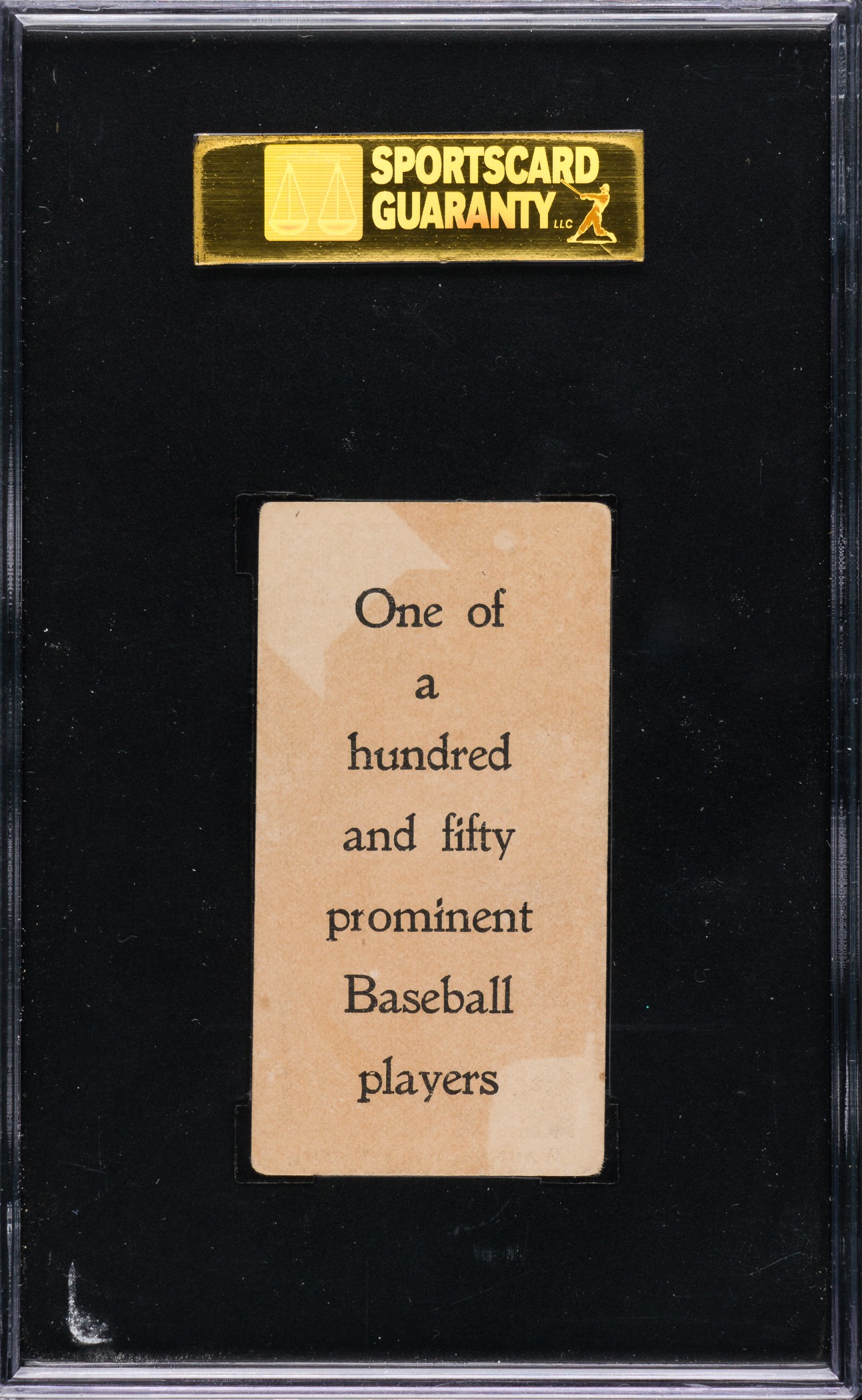 Graded VG/EX 50 by SGC. This is the ONLY example graded at this level by SGC with none higher! Extremely rare E107 Breisch-Williams card featuring Hall of Fame shortstop Honus Wagner of the Pittsburgh Pirates. Wagner is one of the most significant players in the entire E107 set, and, of course, one of the greatest legends of his era. Few prewar card sets compare in rarity or significance to E107 Breisch-Williams. Issued in 1903, these distinctive cards represent one of the few sets of baseball cards to be issued during the years between the popular photographic cards of the 1880s (such as Old Judge) and the many tobacco- and caramel-card issues of the 1910 era, for which E107s can also be credited with establishing the general design. The E107 is the first traditional trading card to feature Wagner's likeness as only the M101-1 Sporting News Supplements and the W600 Sporting Life Cabinets predate this issue. The rarity of the offered card cannot be overstated! This is only the second E107 Honus Wagner that we have handled in the last eighteen years, and it is one of only six examples ever to be graded and encapsulated by SGC (none by PSA). It is approximately ten times rarer than the famous T206 Wagner card, and many collectors could not even tell you what it looks like! This is a magnificent example of one of the rarest, most impressive, and most important of all Wagner cards. This example is in spectacular high grade! It is rare to find any E107 in such high grade, let alone legendary Hall of Famer Honus Wagner. Bright and crisp, with even wear on the corners, a flawless image, and excellent centering (slightly right). A couple of spots of age toning in the borders (mentioned strictly for accuracy). The reverse is boldly printed and bears light age toning on approximately 85% of the reverse, likely the result of having once been housed in an album or scrapbook with corner mounts as two of the corners on the reverse are clean with no age toning. This card features Wagner during an important period in his career, as the leader of the National League's most dominant club coming off of pennants in 1901 and 1902. Wagner would guide the team to its third consecutive title during 1903 with an impressive .355 batting average, the third-highest mark of his twenty-one-year Major League career. This is a superb example of one of Honus Wagner's rarest and most noteworthy cards, the finest of the very few examples known to exist, and would be a significant addition to any world-class E107, Hall of Fame, or prewar card collection. Reserve $50,000. Estimate $100,000+.