Be Part Of History!

Available Now In Our Summer Auction! 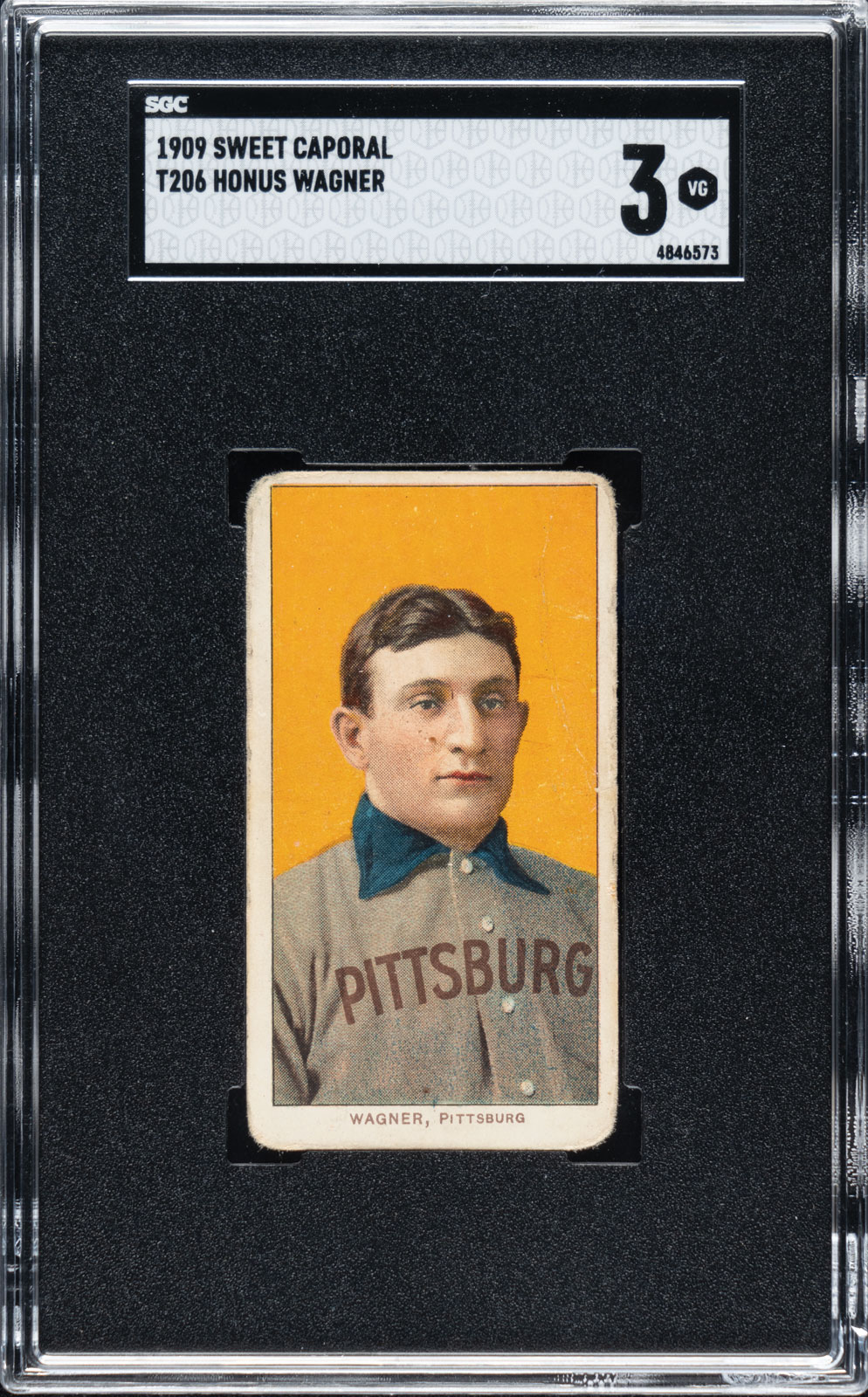 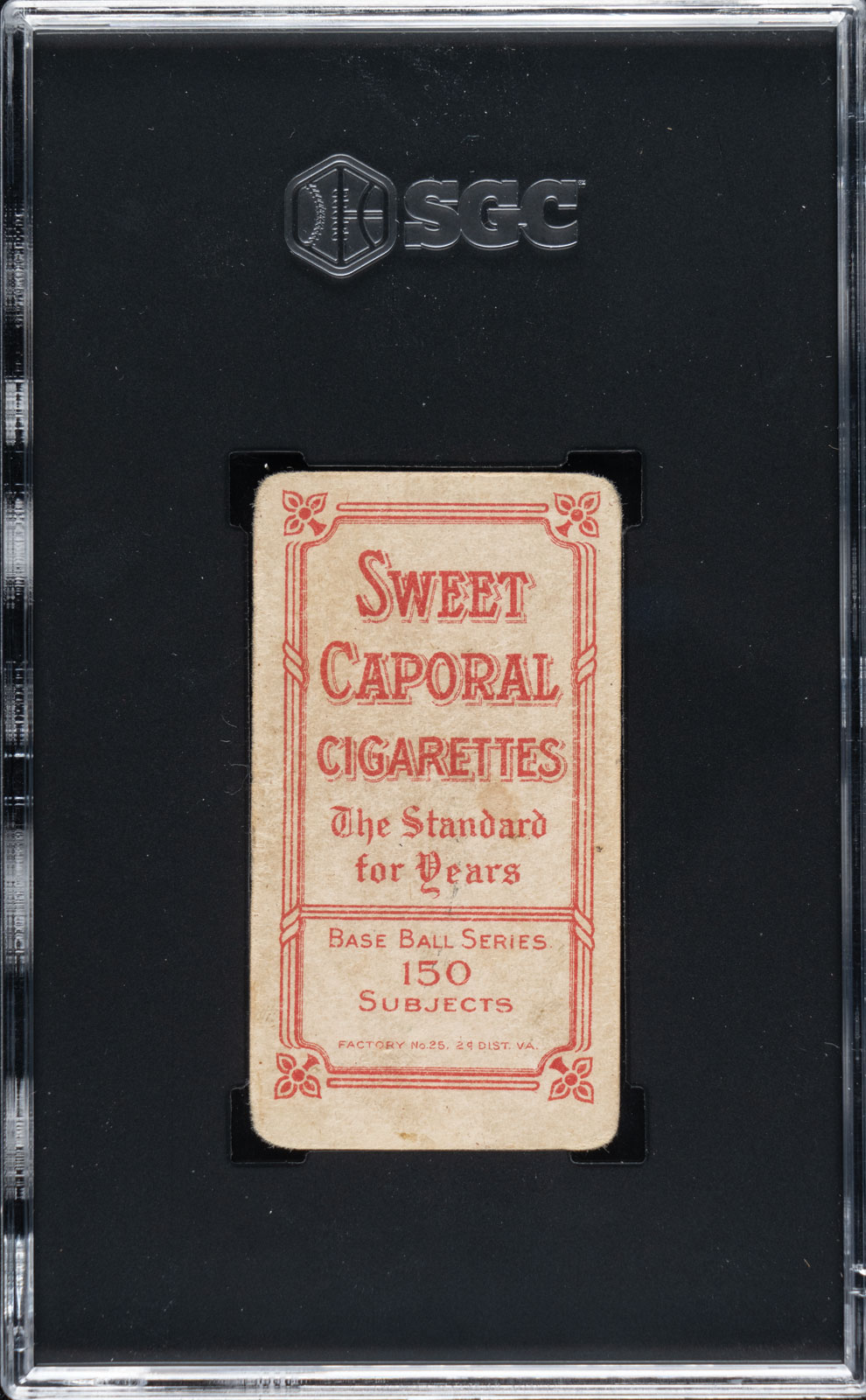 In every field of collectibles there is one piece, one singular item, that rises in stature above all others and becomes iconic. In art, it is the Mona Lisa. In musical instruments, a Stradivarius violin. In comic books, it is Action Comics #1, featuring the first appearance of Superman. In baseball cards, the T206 Honus Wagner card enjoys its rightful place atop the hobby. For more than a century, the Wagner card has become synonymous with baseball-card collecting and elicits wide-eyed reactions from non-collectors and diehards alike.

Every T206 Wagner naturally has a great story, sharing the Wagner legend that is now part of classic American folklore, and every Wagner also has an additional story relating to its provenance. Collectors have always been fascinated with all aspects of the history of Wagners: how they were discovered, where and for how much they have been purchased, where they have been, how they have happened to survive. Sometimes there are more questions than answers, and sometimes a Wagner is special in ways that no other examples share.

Robert Edward Auctions is extremely pleased to present one of the finest examples of the legendary T206 Wagner in existence. For more than three decades, this card served as the centerpiece of an ungraded T206 set compiled by a Texas collector. In 2012, it entered the known population of T206 Wagners after SGC graded it VG 3. It was sold at public auction that same year for $1,232,466, a record for the grade, which was broken the following year by Robert Edward Auctions – a testament to the strong and ever-expanding interest in the T206 Wagner card. The offered example transacted privately in the last two years at a significant premium to its 2012 sale price. Recent public sale pricing for T206 Wagners has illustrated that demand continues to dwarf the supply, with an SGC Authentic selling for $2,520,000; an SGC 1.5 selling for $2,280,000; and a PSA 2 selling for $3,751,500.

The Card: Graded VG 3 by SGC. This extremely attractive T206 Honus Wagner possesses virtually every quality highly desired by collectors. It has vibrant colors, a bright orange background, and a crisp, bold portrait. The card is well centered (very slightly to the top), and the corners show even wear, with only a single small crease present on the entire card, placed unobtrusively to the right of the image. The advertisement for Sweet Caporal Cigarettes printed on the reverse is perfectly centered.This is a particularly strong T206 Wagner that far exceeds the condition and visual appeal usually found with T206 Wagners. This is very easily seen just by looking at the card, but it is further confirmed when one evaluates the known T206 Wagner population as documented by the PSA and SGC population reports.

By any measure, this is one of the highest-grade examples of the T206 Wagner in existence! Of the fifty T206 Wagners listed on the combined PSA and SGC population reports (which may be a bit high as several examples have been crossed between the two companies over the years), twenty-six grade Poor or "Authentic," three grade Fair, and eleven grade Good. The graded population of T206 Wagners graded VG or higher has not changed since REA offered the “Oceanside Wagner” in 2015!

A grade of VG is exceptional for a T206 Wagner, and the visual appeal of the offered example places it at or near the top of the already exclusive company it keeps. This is a phenomenal-looking card in all respects that elicits a positive and awed response from everyone who sees it. The colors are noticeably brighter, fresher, and bolder than virtually every other T206 Wagner in existence. The image is perfect, and it shows just enough honest wear to give it character but not serve as a distraction in any way.

History has shown that the T206 Wagner has always been a tremendous store of value, and has gradually climbed in price for decades, commanding ever-impressive sums in all grades. Higher-grade examples are few and far between. Based on what we know about the hobby’s best examples of this card, many are in extremely strong hands, and it would not at all be surprising if this example is the last of the high-grade Wagners to appear at auction publicly for many years to come.

It is a great privilege and honor for us to be chosen to present this card - one of the finest examples in existence of card collecting's greatest treasure and potentially heir to the throne of the most valuable card ever sold at public auction. Reserve $1,000,000.

The T206 Honus Wagner is one of the hobby's scarcest and most desirable cards. To date, only fifty examples have been authenticated by the industry's major grading services, and that number may even be slightly inflated as collectors move their cards from one company to another. While the card is incredibly rare, so too is the opportunity to bid on one at auction. According to T206Resource.com, Wagner cards have transacted publicly only 58 times since 1991. In the table below is a full accounting of those public sales, which many times include the same card being sold and resold years later. A review of the data illustrates very clearly what we know to be true: high-grade examples generally do not come up for auction. A T206 Wagner at or above the condition of the offered card has only been sold publicly six times since 2008. A total of three different examples of the T206 Wagner were represented among those six sales. As the value of the T206 Wagner continues to rise, the cards generally are purchased by extremely strong holders, meaning they are unlikely to be presented for sale for quite some time, if ever. The offered example represents one of the best examples that anyone could hope to acquire, and it may represent one of the final opportunities to join the exclusive club for many years. 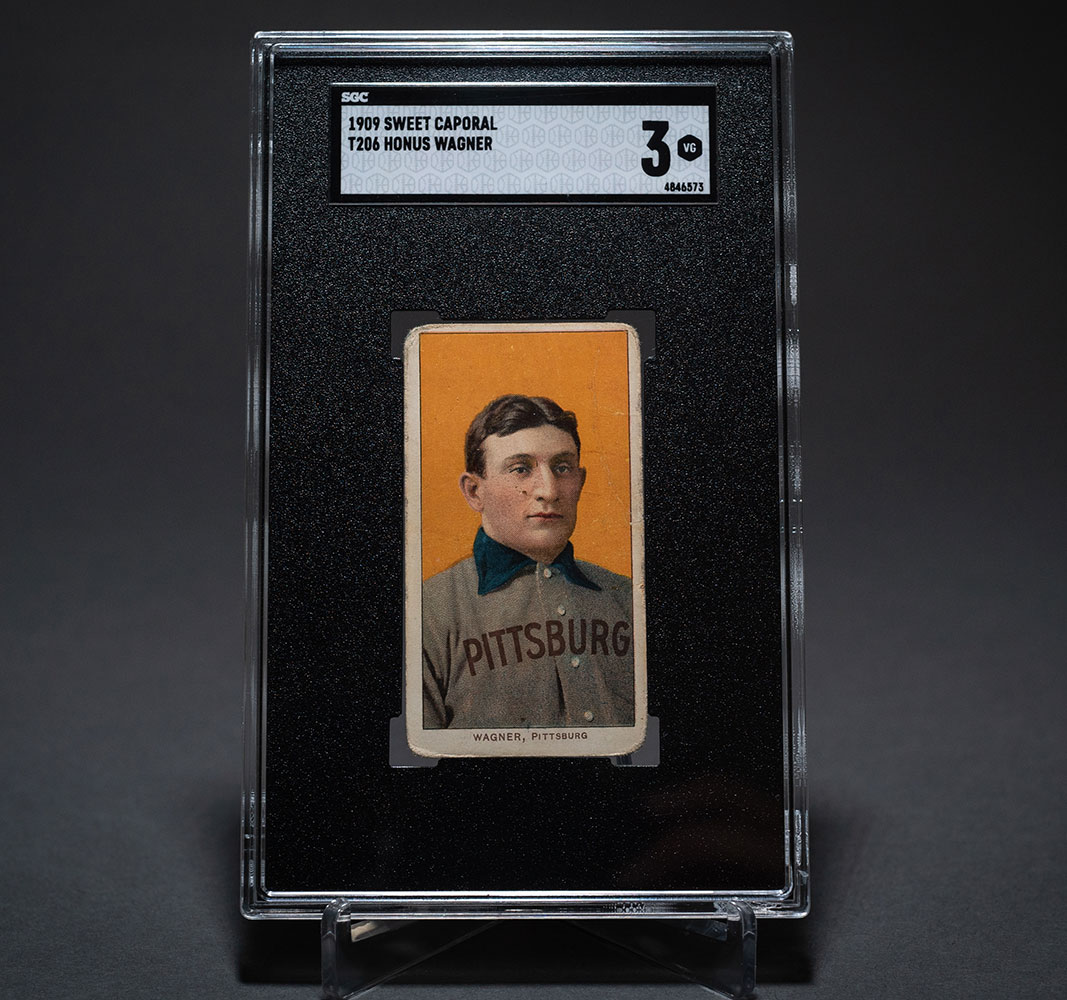 The Most Trusted Name In The Hobby

Robert Edward Auctions specializes in the very best in all areas of baseball collectibles, as well as other sport and non-sport memorabilia and cards. Our reputation for honesty, integrity and unparalleled service has been earned over decades.

For over 30 years, we have been helping clients realize extraordinary results while also providing the peace-of-mind that your consignments will be treated with the utmost care and that every aspect of the auction process is executed with great attention to detail. Our knowledge of the material and our expertise in handling it have long been held in the highest esteem among the collecting community. We offer an ideal forum to bring high-quality individual items and significant collections to the marketplace. 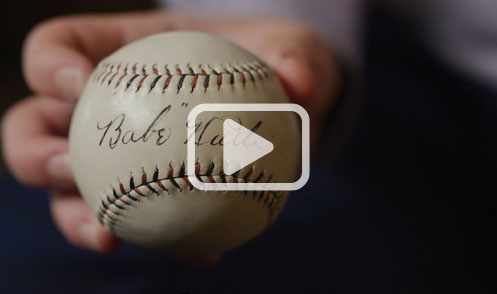 As a company of collectors we get it. We have the right blend of knowledge, expertise, and resources necessary to gain top dollar results at auction for your valuable sports collectibles.

Achieving maximum exposure is essential. REA boasts the largest circulation of free catalogs in the hobby.

An REA auction generates worldwide exposure that reaches beyond the hobby through extensive press / media coverage and targeted advertising.

With decades of experience as the hobby’s premier auction house, our success is well documented. Search our archive to see for yourself.

REA has the financial security to offer money up front against valuable consignments and provide you with greater peace-of-mind.

No one pays faster than REA

We start paying consignors the day after the auction ends and never unnecessarily hold your proceeds.

Discover why REA is the hobby's premier auction house

From day one until auction close, Robert Edward Auctions strives to deliver the best result possible!